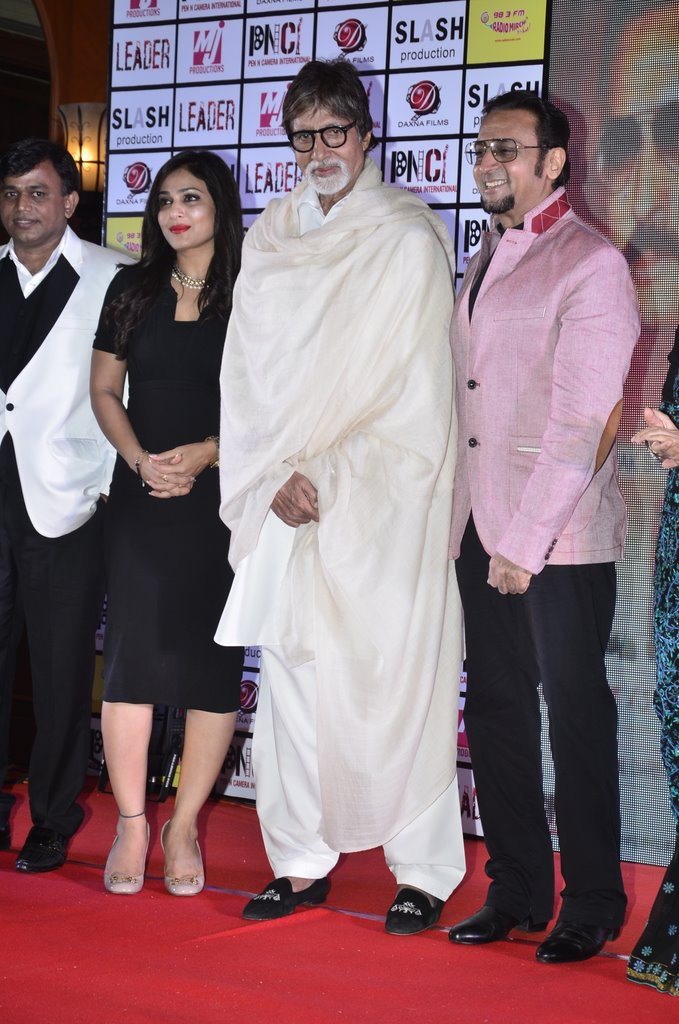 BollywoodGaram.com: Bollywood superstar Amitabh Bachchan launched the first look of his upcoming movie ‘Leaders’ during an event which was held in Mumbai on May 4, 2014. On the occasion, the ‘Black’ actor wished luck to all the actors who have contributed towards the making of the movie and said that he hopes that the movie will be accepted in a manner similar to the earlier Bhojpuri movie.

The story of the movie is about an honest man who becomes a leader for his family, as well as for other people as he fights against evil forces which work in the society.

Gulshan Grover will be seen playing the role of an evil politician and the actor said that he is honored to be working with such renowned actors.