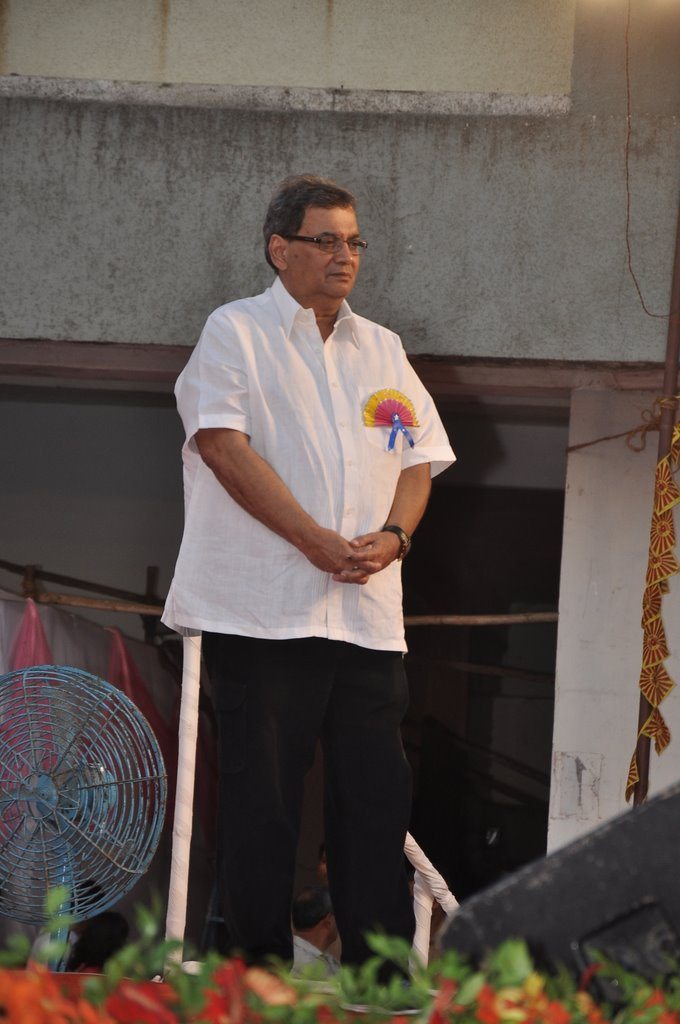 BollywoodGaram.com: Famous Bollywood director Subhash Ghai and Sameer Sen, the music director attended the Brahma Kumari’s decennial celebrations which was held in Mumbai on May 4, 2014. The Indian tennis star and the filmmaker appeared as guests of honor at the event.

Subhash Ghai’s latest movie ‘Kaanchi’ failed to impress the audience and did not do well at the box office. Apart from playing tennis, Leander has also tried his hand in acting, when he made his Bollywood debut with the movie ‘Rajdhani Express’ in 2013.

The famous sportsman played the lead role and the movie also featured Jimmy Shergill, Priyanshu Chatterjee and Sudhanshu Pandey. The tennis star was also offered to play a Hollywood role.