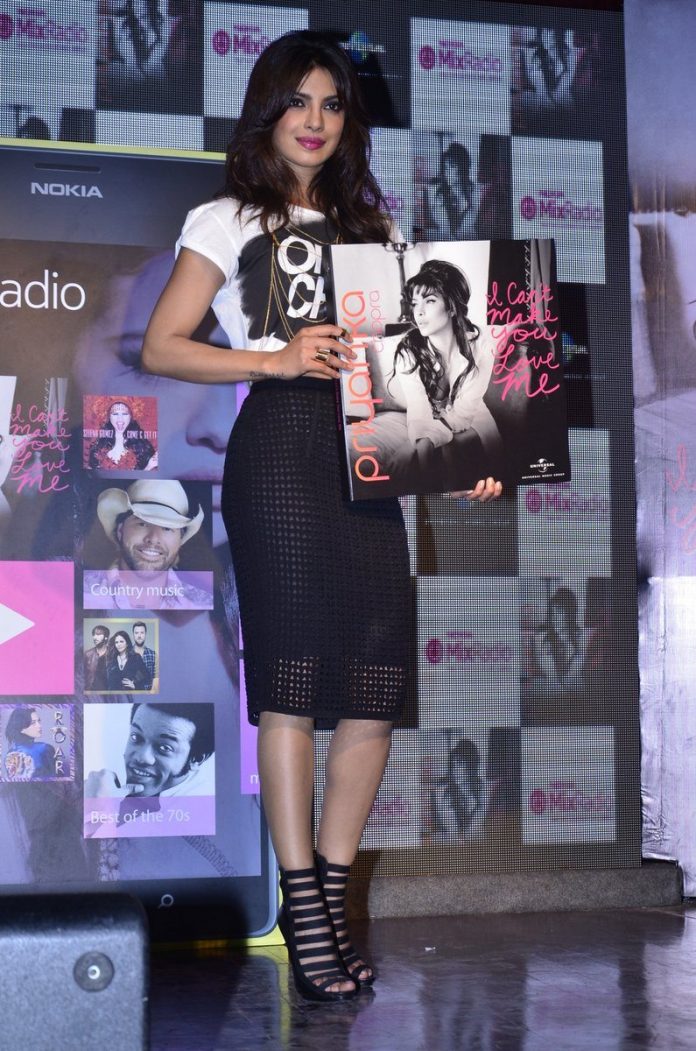 BollywoodGaram.com: Bollywood actress and singer Priyanka Chopra launched her latest single ‘I Can’t Make You Love me’ at Blue Frog in Mumbai on May 5, 2014. The stunning star has already released the single internationally and is enjoying the success and good reviews it has received so far.

The actress interacted with the media and said that she is very excited to share the song with her fans. Chopra went on to say that ‘Can’t Make You Love Me’ is a very special song and is probably the reason why she wanted to start singing. The ‘Barfi’ actress expressed her happiness over the response she got for her new single.

In an earlier interview, Chopra said that she has dedicated the new single to all women who think that their life is over after a break-up.