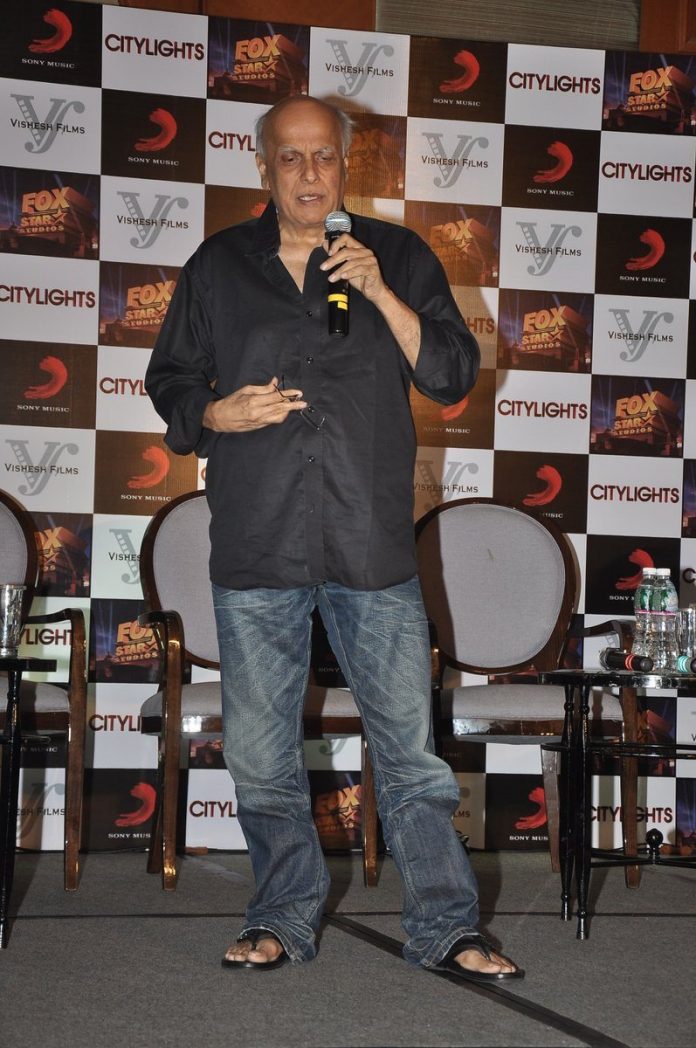 BollywoodGaram.com: Bollywood celebrities Hansal Mehta, Mahesh Bhatt and Rajkummar Rao revealed a footage of their upcoming movie ‘Citylights’ during an event in Mumbai on May 5, 2014. ‘Citylights’ is an upcoming Hindi movie directed by Hansal and stars Rajkummar Rao and Patralekha in the lead roles. The latest Bollywood flick is based on the British movie ‘Metro Manila’.

While interacting with the media, Bhatt said that the emotional quotient of the movie is miles ahead of ‘Metro Manila’. The filmmaker went on to say that one needs courage in order to make such a movie and he said that a good movie is like fire, if you touch it, it must burn.