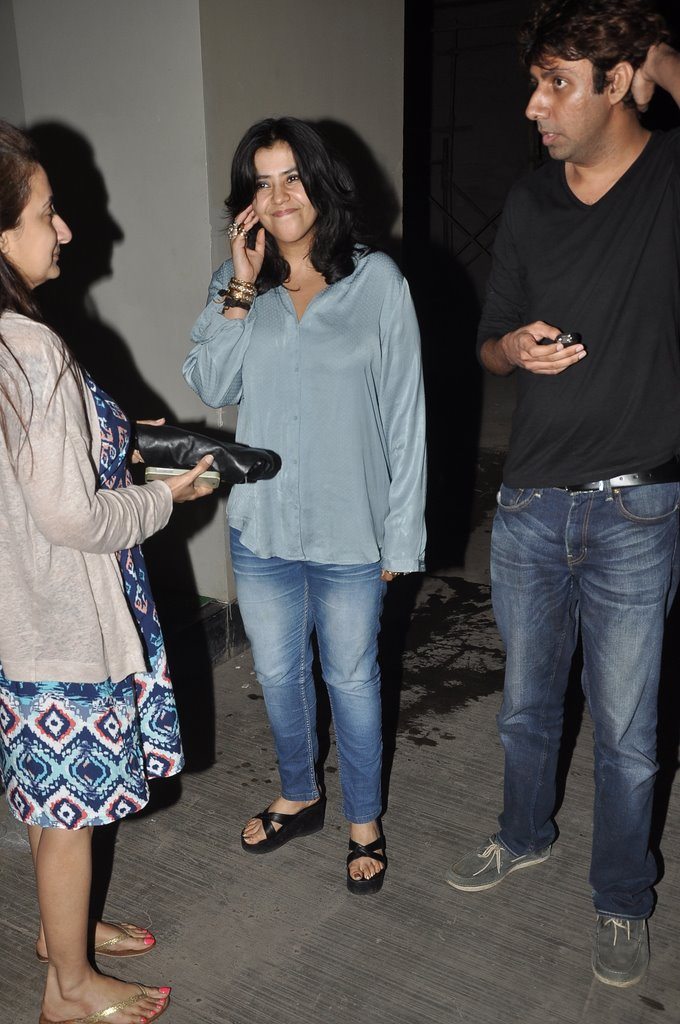 BollywoodGaram.com: TV producer and filmmaker Ekta Kapoor attended the special screening of the Bollywood movie ‘Hawaa Hawaai’, which was held at Lightbox in Mumbai on May 4, 2014. Other celebrities who also attended the screening included Saurabh Shukla, Chetan Bhagat, Amole Gupte, Saqib Saleem, Rohan Sippy and many others.

‘Hawaa Hawaai‘ is directed by Amole Gupte and is produced by Fox Star Studios. The movie is about a dreamer and is a commercial entertainer. There are rumors that actress Sridevi might do a cameo role in the flick. The songs from the movie are composed by Hitesh Sonik.