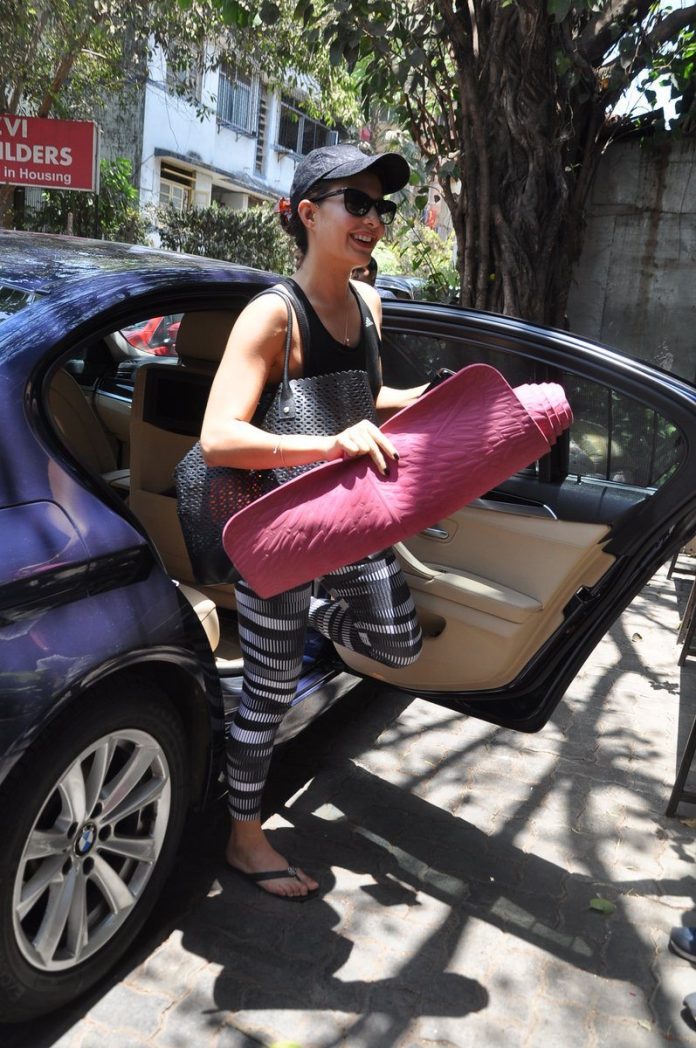 BollywoodGaram.com: Sri Lankan actress Jacqueline Fernandez is known for being a fitness freak. The ‘Houseful 2’ star was snapped leaving her yoga class on May 5, 2014.

The stunning actress was seen at her casual best, carrying a black bag and an exercise mat. Fernandez kicked off her movie career with the Bollywood flick ‘Aladin’, in which she played the role of Jasmine. Later, the actress starred in a number of movies, like ‘Jaane Kaha Se Ayi Hai’, ‘Housefull’, ‘Murder 2’, ‘Housefull 2’, ‘Race 2’ and ‘Ramaiya Vastavaiya’. The Bollywood star is currently shooting for the upcoming movie ‘Kick’.

Apart from movies, the actress has also appeared in many commercials for Sony Ericsson, Pepsi, Titan and HTC.