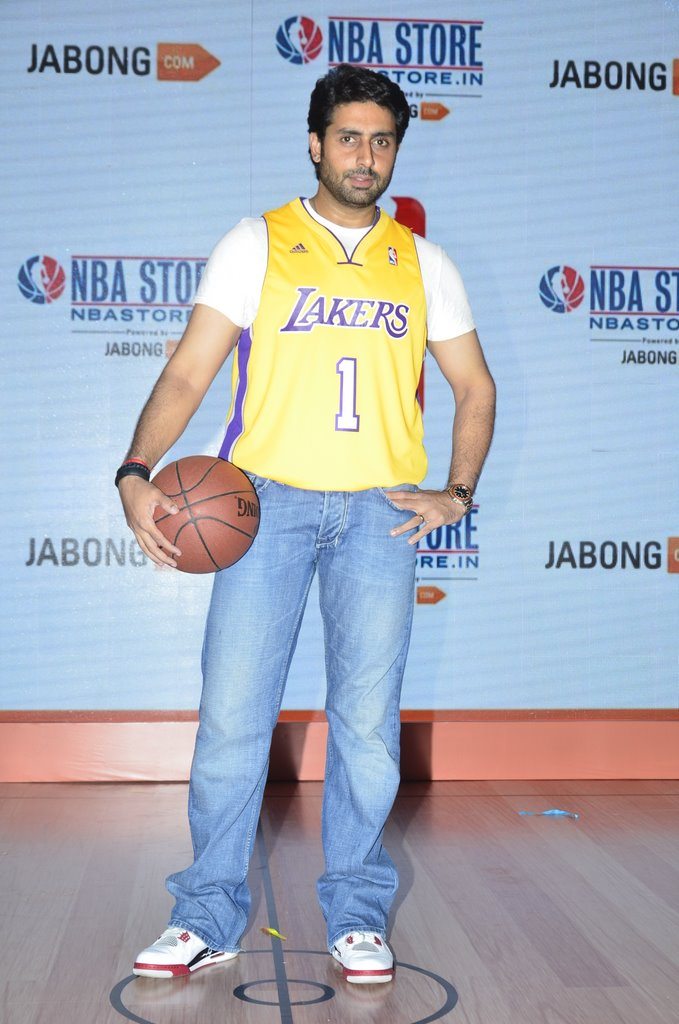 BollywoodGaram.com: Popular Indian actor Abhishek Bachchan unveiled NBA’s first official online store in the country, which is powered by Jabong. The launch event was held in Mumbai on May 6, 2014. The managing director of NBA India, Yannick Colaco in a statement said that passion for basketball and the NBA is growing quickly in India and the rising demand for NBA-themed merchandise makes it the perfect time to release a dedicated e-commerce destination.

At the event, Abhishek appeared in a jersey and jeans. The Bollywood actor was last seen in the movie ‘Dhoom 3’, which also had Katrina Kaif, Aamir Khan, Uday Chopra and Jackie Shroff.

In the movie, Bachchan played the role of Jai Dixit, an Indian cop who searches for a thief abroad.