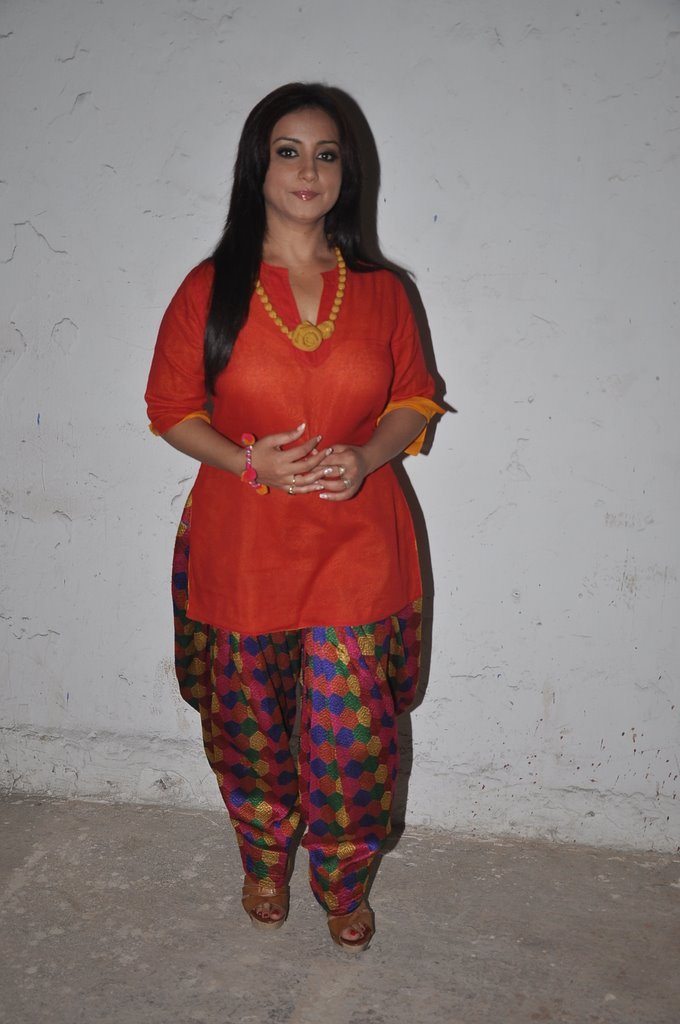 BollywoodGaram.com: Indian star Divya Dutta promoted her latest flick ‘Manjunath’ in Mumbai on May 7, 2014. ‘Manjunath’ is an upcoming movie which is based on the real story of the murder of Shanmugan Manjunath, the IIM graduate and is all set to hit theaters on May 9, 2014.

While interacting with the media, Dutta talked about why she signed the movie and said that the roles choose actors and since actors think from the heart, they do whatever their hearts tell them to.

The movie also features Seema Biswas, Yashpal Sharma and Kishore Kadam. The upcoming flick is produced under the Viacom 19 Motion Pictures banner and is directed by Sandeep A. Varma.