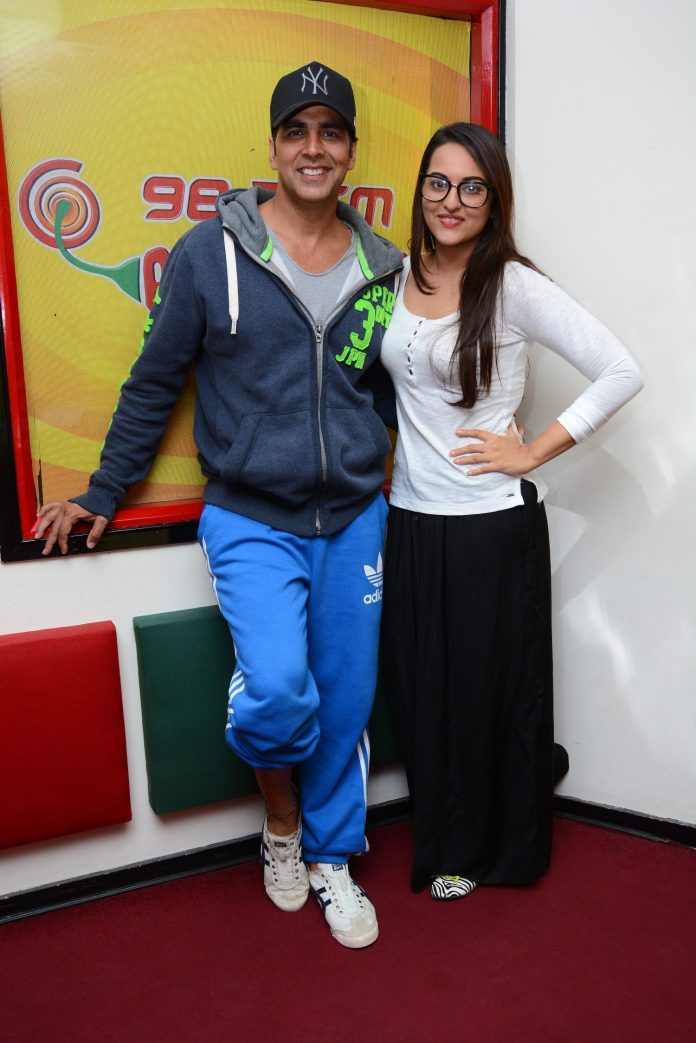 BollywoodGaram.com: Indian actors Sonakshi Sinha and Akshay Kumar promoted their upcoming movie ‘Holiday’ at Radio Mirchi 98.3 FM Mumbai studio on May 6, 2014. For the promotions, Akshay appeared in a casual tracksuit, while Sonakshi looked her geeky best in a pair of big specks, black skirt and a white top.

In the upcoming flick, Akshay will be seen playing the role of an Army officer. The movie is produced by Vipul Shah and is directed by A.R. Murugadoss. Sonakshi is the lead actress.

‘Holiday’ is a Hindi remake of the blockbuster Tamil movie ‘Thuppakki’. The story of the movie is about an Army officer, who is on a holiday.