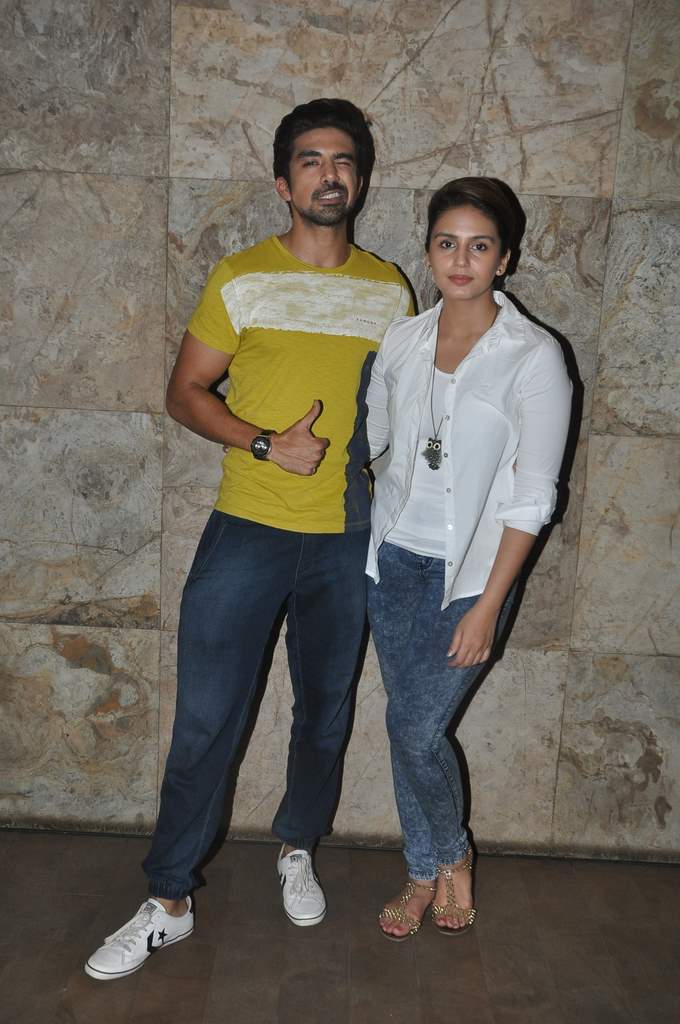 BollywoodGaram.com: Indian actress Huma Qureshi attended a screening of the Bollywood movie ‘Hawaa Hawaai’, which was held at Lightbox in Mumbai on May 8, 2014. The movie stars Saqib Saleem, who is Huma’s sibling.

The screening event was also attended by Riteish Deshmukh, Genelia D’Souza and others. ‘Hawaa Hawaai’ was released in theaters on May 9, 2014 and is directed by Amole Gupte. The movie also stars child artist Partho, Pragya Yadav and Makarand Deshmukh. The story of the movie is a tribute to those who dare to dream big.

The flick is produced by Fox Star Studios and is a commercial entertainer. In the movie, Saqib will be seen playing the role of a skating coach.