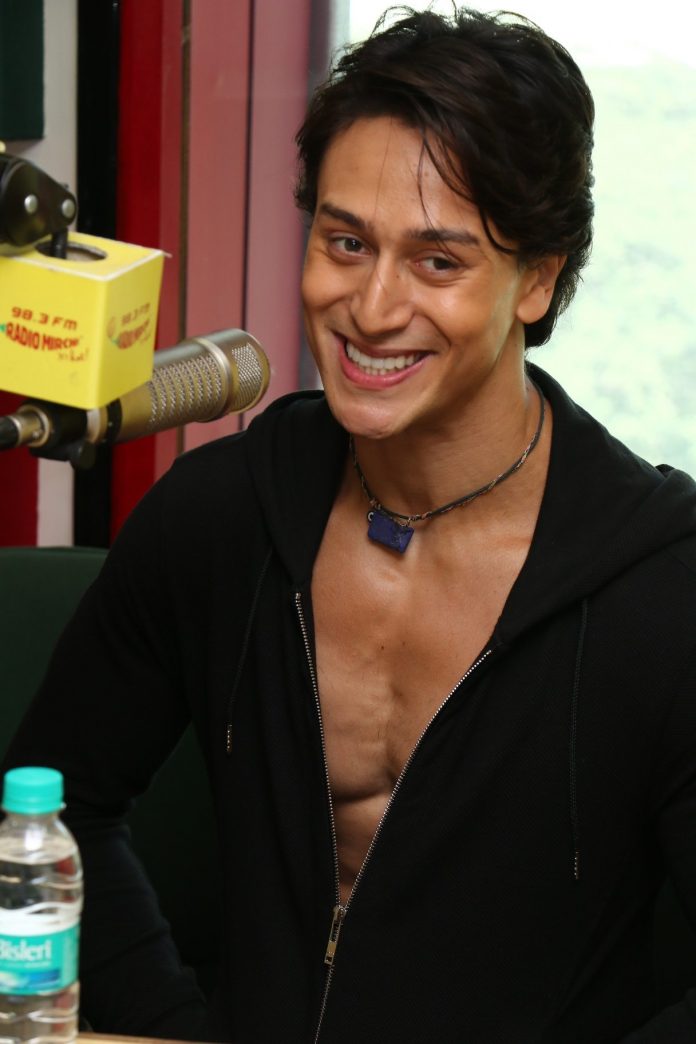 BollywoodGaram.com: Tiger Shroff and Kirti Sanon – the lead actors from the upcoming movie ‘Heropanti’ – promoted their flick at the Radio Mirchi studio in Mumbai on May 8, 2014. Shroff and Sanon shook a leg on the song ‘Whistle Baja’ during their visit.

Tiger and Kirti are all set to make their Bollywood debut with the movie, which will be released in theaters on May 23, 2014. The actor was dressed in a black zipped t-shirt, while the young actress sported a short white dress. The son of Jackie Shroff was sporty enough to take off his t-shirt and show his perfectly-sculpted six-pack abs.

The movie has been shot at various picturesque spots, like Gulmarg in Kashmir.