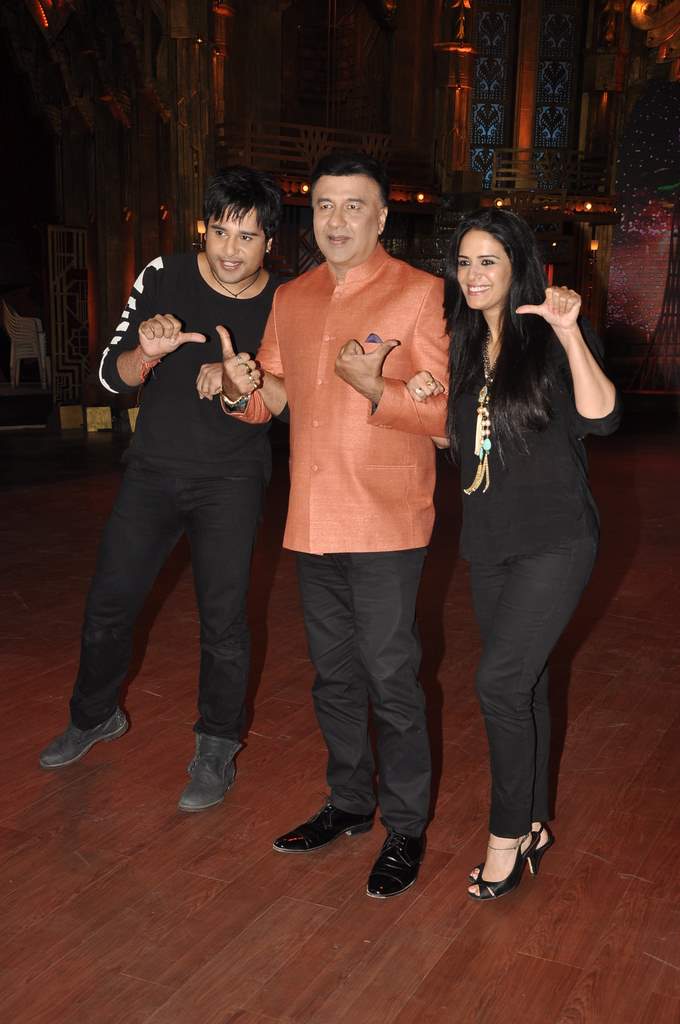 BollywoodGaram.com: Indian actors Krishna Abhishek and Mona Singh attended the launch event of their TV show ‘Entertainment Ke Liye Kuch Bhi Karega’, which was held in Mumbai on May 8, 2014. On the show, contestants are allowed to display their skills which must have the entertainment factor.

During the launch event, Mona interacted with the media and said that she took a good six months break for herself and traveled a lot. Singh went on to say that she feels fresh and has also become slim.

The actress also expressed that when she found out that the show is coming back, she was very excited as she missed it the most.