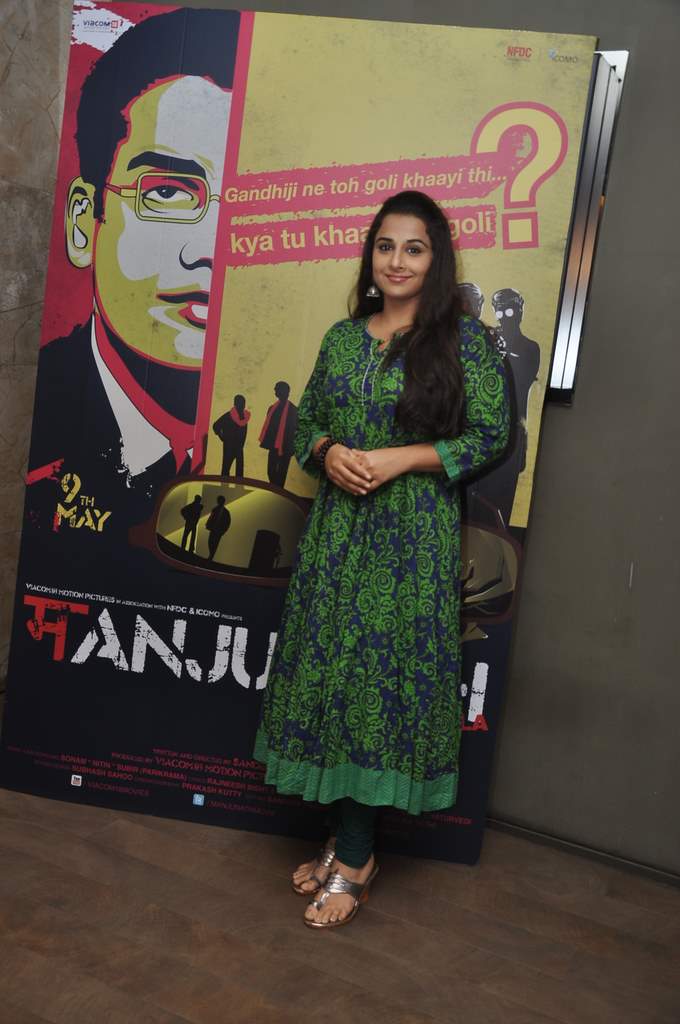 BollywoodGaram.com: Bollywood actress Vidya Balan attended a special screening of the upcoming movie ‘Manjunath’, which was held in Mumbai on May 8, 2014. The special screening was also attended by celebrities including Yashpal Sharma, Divya Dutta and Sandeep Varma.

Vidya – who was last seen in the blockbuster movie ‘Shaadi Ke Side Effects’ – appeared in an anarkali kurta and obliged for pictures. The upcoming movie ‘Manjunath’ is a biopic on Manjunath Shanmugham, who was an IIM-Lucknow graduate and managed to expose the petrol adulteration scam organized by the fuel mafia in the state of Uttar Pradesh in 2005.

Yashpal Sharma will be seen playing the lead role and the flick is directed by Sandeep Varma.