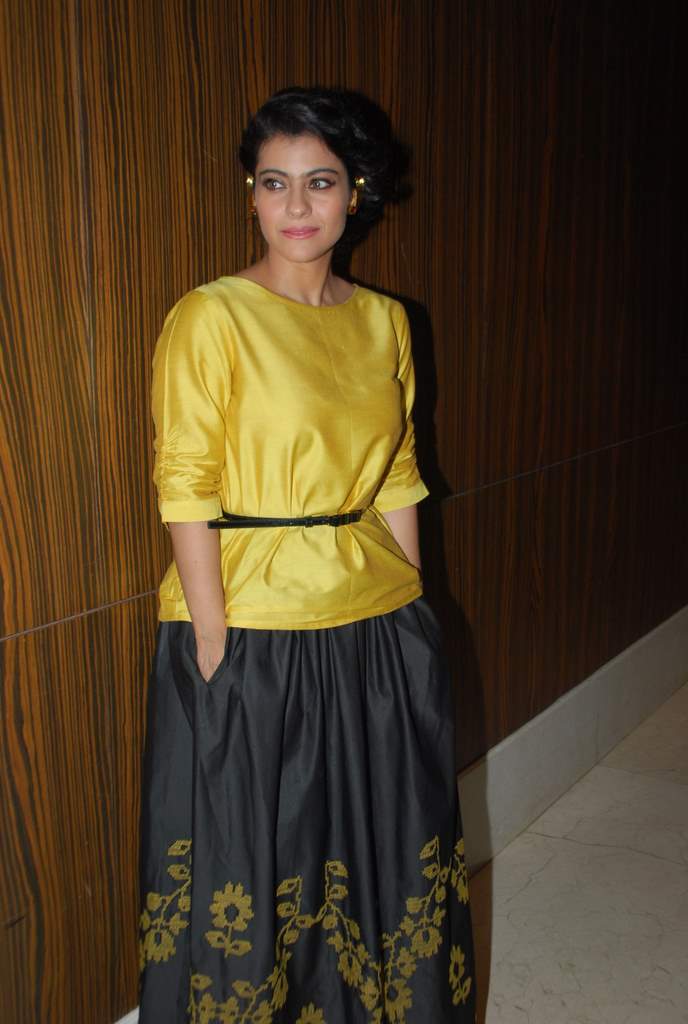 BollywoodGaram.com: Indian actress Kajol attended the trailer video launch event of the animation movie ‘Mighty Raju Rio Calling’, which was held in Mumbai on May 9, 2014. The makers of the upcoming movie felicitated the ‘Baazigar’ actress with the Mighty Mom award at the event.

The actress said that she believes that every mother is a mighty mother and goes through hell while dealing with children. The ‘Kuch Kuch Hota Hai’ actress went on to say that all the mothers are doing a fabulous job playing their respective roles. For the event, Kajol looked pretty in a yellow and black outfit.

Kajol was last seen in the animated movie ‘Toonpur Ka Superhero’, which did not do well at the box office.