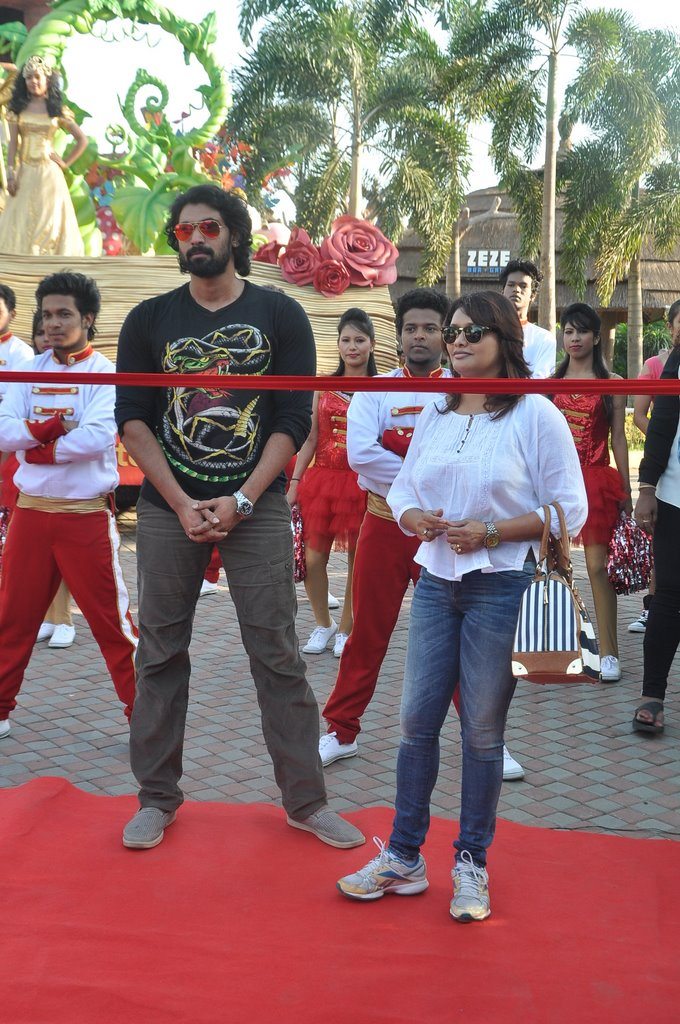 BollywoodGaram.com: Indian actor Rana Daggubati attended the Grand Imagica Parade which was held in Mumbai on May 10, 2014. The event was also attended by actress Pallavi Joshi.

The creative director of Adlabs Entertainment Limited, Aarti Shetty said that they have all grown up reading fairy tales and have always wanted to meet all those beautiful characters and a desire to see them comes alive. Shetty went on to say that The Grand Imagica Parade is their sincere attempt to make the kid in everyone come out.

The creative director also said that it is a fun parade for everyone and it will make the crowd sing and dance along. Rana appeared in a casual outfit for the event.