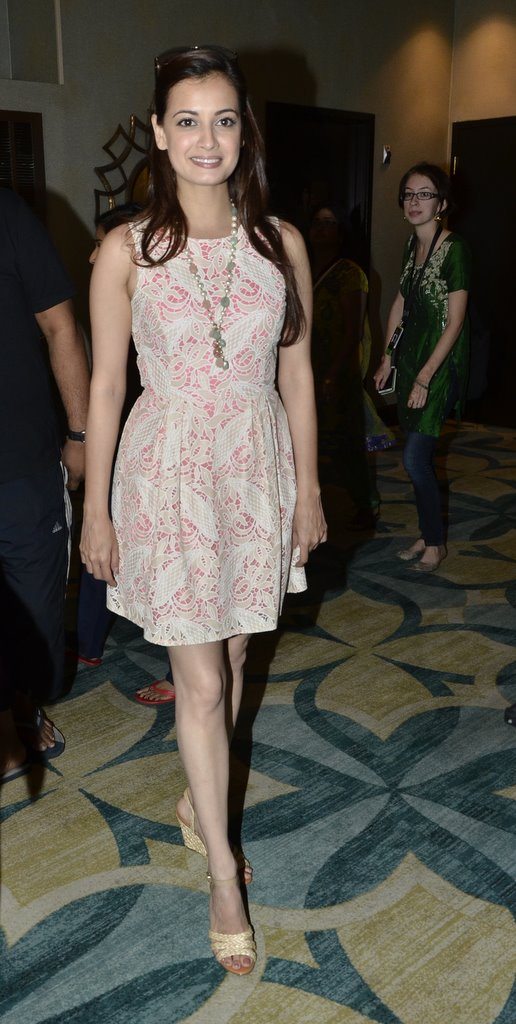 BollywoodGaram.com: Pretty Bollywood actress Diya Mirza was snapped in the United States recently. The actress has been to the United States to attend the IIFA Awards, but she most likely did not realize that the trip would result in her getting engaged.

Diya’s producer boyfriend Sahil Sangha reportedly asked her to marry him while they were in New York and the actress was completely surprised by the proposal. Reports say that the happy couple will decide on the wedding date once they return to India. Sahil and Diya own a production house known as Born Free Entertainment.

The actress released the first movie from their production house ‘Love Breakups Zindagi’ in October 2011.