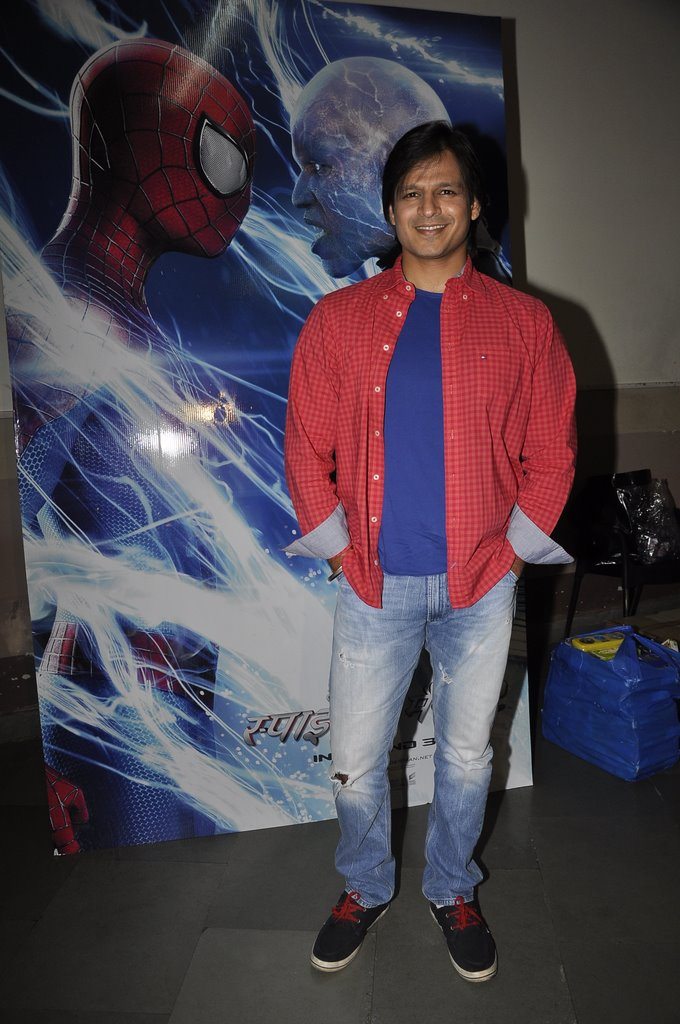 BollywoodGaram.com: Bollywood star Vivek Oberoi attended the special screening of the movie ‘The Amazing Spider-Man 2’, which was held for cancer patients. The ‘Krrish 3’ actor lent his voice in the Hindi dubbed version of the Hollywood movie.

While interacting with the media, Oberoi said that this is his 13th year as an ambassador with the CPAA. The actor went on to say that they had a gala event the day before, where Ranbir Kapoor walked the ramp with veteran actress Sadhna. Vivek was dressed casually for the event, in a blue t-shirt, red shirt and jeans.

Vivek made his debut in Bollywood with the movie ‘Company’, for which he won the Best Debut Award at Filmfare.