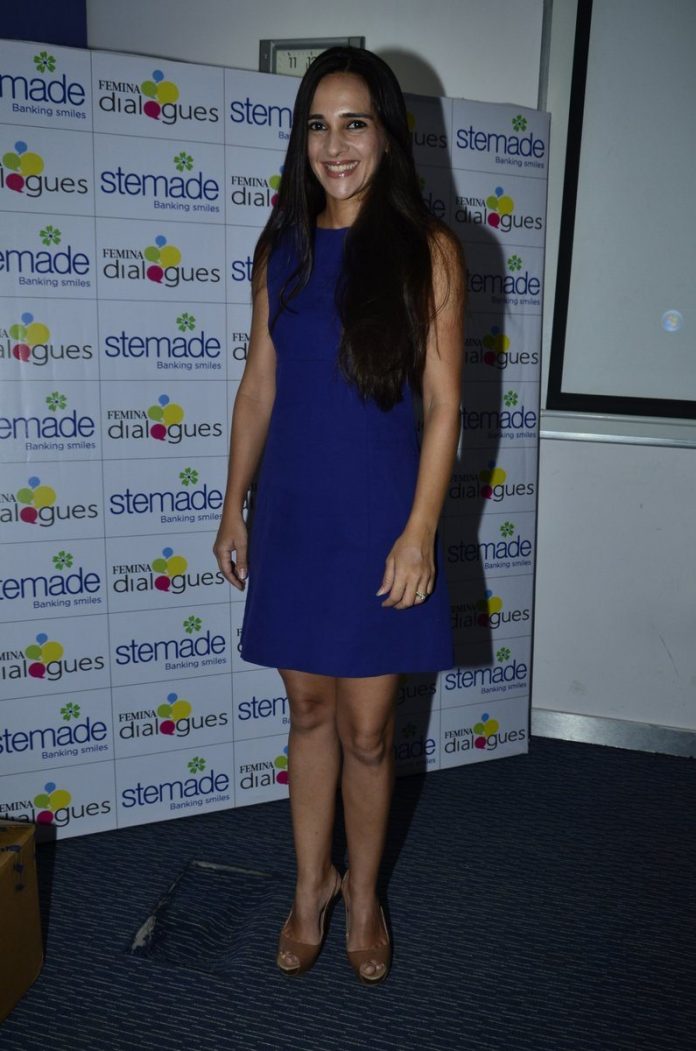 BollywoodGaram.com: Bollywood actress Tara Sharma was present at the Femina event which was held in Mumbai. The Bollywood star interacted with the media during the event and appeared in a simple blue dress.

While talking to the media, Sharma said that when she was pregnant and soon after her son was born, she realized that she loved being a mother, but slowly wanted to get back to work. This is when she decided to begin with The Tara Sharma Show. Tara is married to film producer Roopak Saluja and the couple have two sons, Zen and Kai.

Sharma has worked in Bollywood projects like ‘Om Jai Jagadish’ and ‘Saaya’.