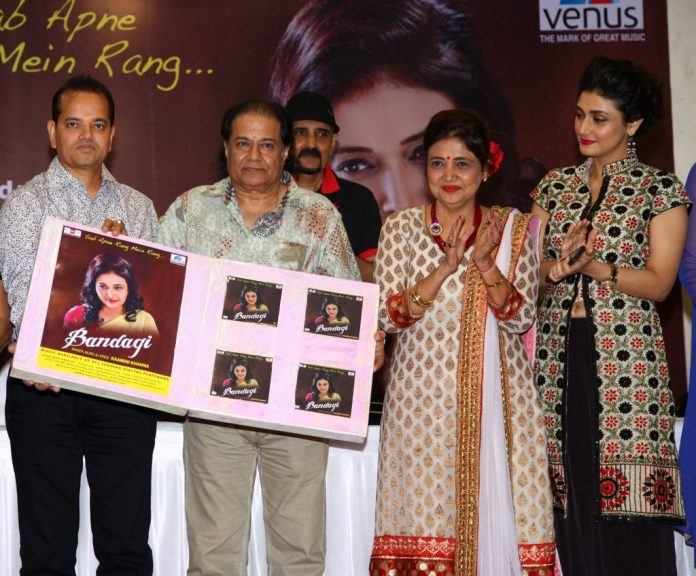 BollywoodGaram.com: Bollywood actor Govinda’s sister Kamini Khanna released a Sufi album ‘Bandagi’ during an event in Mumbai on May 12, 2014. The launch event was attended by actresses Kashmira Shah and Ragini Khanna.

Kashmira said that she has known Kamini for a long time. The launch event was also attended by Anup Jalota and Champak Jain. Kashmira was dressed in a blue outfit for the event. The Indian model has appeared in many Bollywood movies in supporting roles and is also known for hosting a few reality shows on TV.

Shah also appeared on the popular reality show ‘Bigg Boss’ in 2006 and then participated in ‘Nach Baliye’ in 2007.