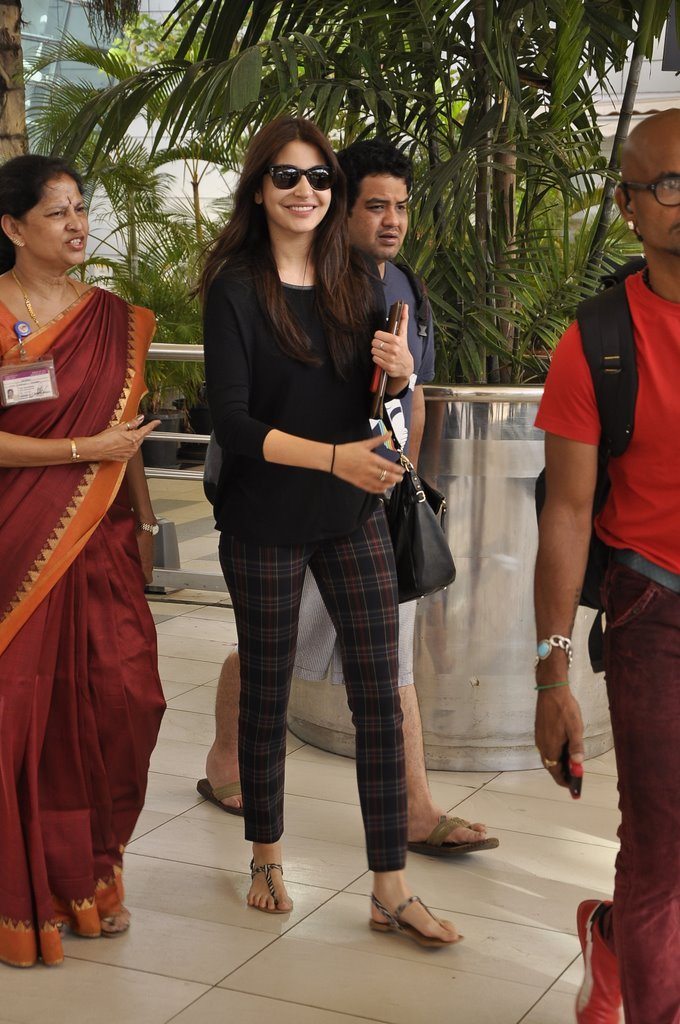 BollywoodGaram.com: Indian star Anushka Sharma was snapped at the Mumbai Airport as she returned to the capital from Jodhpur. The Bollywood actress was in Jodhpur where she was shooting for her upcoming movie ‘NH10’.

Anushka released a statement recently, in which she said that she is thrilled to be part of ‘NH10’, as she is playing a superb role and it will help her to kick-start a new phase in her film journey. Sharma went on to say that this is her second movie after ‘Bombay Velvet’ with Phantom and expressed that it was great working with them.

The actress also said that it is going to be super-exciting, as the makers of the movie have promised it to be an explosive film.