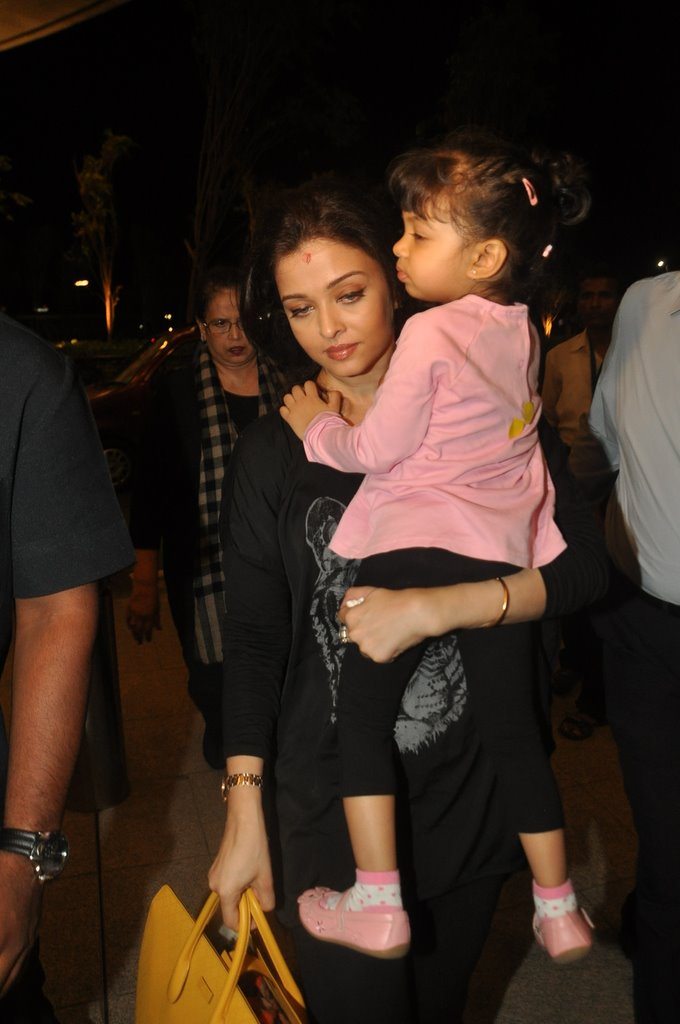 BollywoodGaram.com: Indian actress Aishwarya Rai was snapped at the Mumbai Airport as she left for the famous Cannes Film Festival on May 14, 2014. The Bollywood superstar was accompanied by her two-and-a-half-year-old daughter Aaradhya.

The ‘Dhoom 2’ actress walked the red carpet at the prestigious film festival in 2013. Aishwarya Rai is all set to make an appearance on the glamorous red carpet at the 67th Cannes Film Festival on May 19, 2014. The actress was dressed casually at the airport, while the little one was being carried by her mother as she wore a pink jacket with matching pink shoes.

The Bachchan granddaughter has already started making style statements during her public appearances.