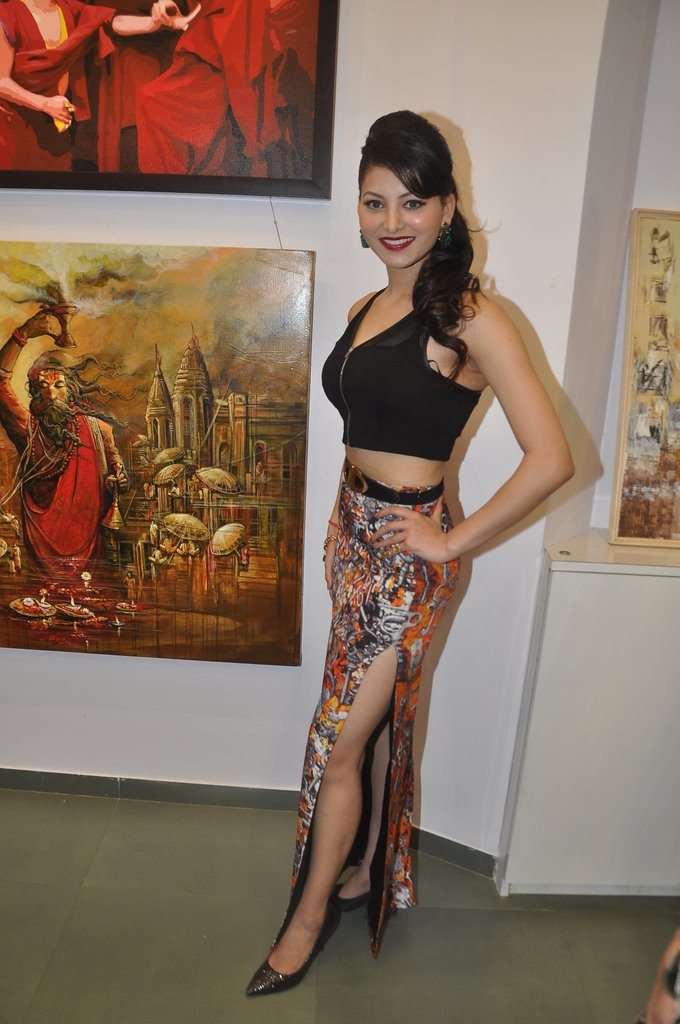 BollywoodGaram.com: Indian model and actress Urvashi Rautela inaugurated the JS art gallery during an event which was held in Mumbai on May 14, 2014. The actress looked pretty at the event, in a high-slit skirt and a black top.

Rautela interacted with the media at the event and said that she loved the paintings on display. Before the actress left for the event, she posted on the social networking site Twitter, “Be who you were created to be and you will set the world on fire. Off to an event.”

Urvashi starred in the movie ‘Singh Saab The Great’ in 2013, in which she was seen playing the role of Minnie.