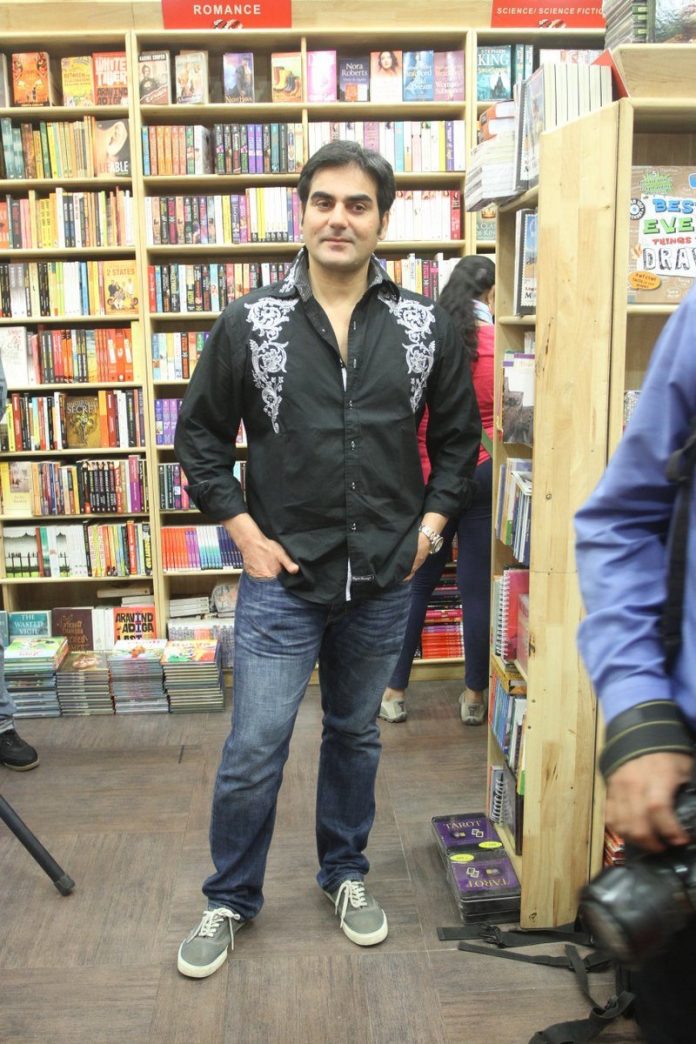 BollywoodGaram.com: Indian actor Arbaaz Khan unveiled Vickrant Mahajan’s book ‘Yes Thank You Universe’ in Mumbai on May 15, 2014. During the launch event, Khan said that the book is based on gratitude and positivity.

The actor-turned-producer went on to say that the universe does a lot for us, but people do not thank it enough, so the book is about that. Khan was last seen in the movie ‘Dabangg 2’, which was produced under his banner, Arbaaz Khan Productions. The popular movie series stars his brother Salman Khan, who plays the role of Chulbul Pandey, opposite Bollywood actress Sonakshi Sinha.

The makers are now all set to release the third installment of the ‘Dabangg’ series, which is scheduled for 2017.