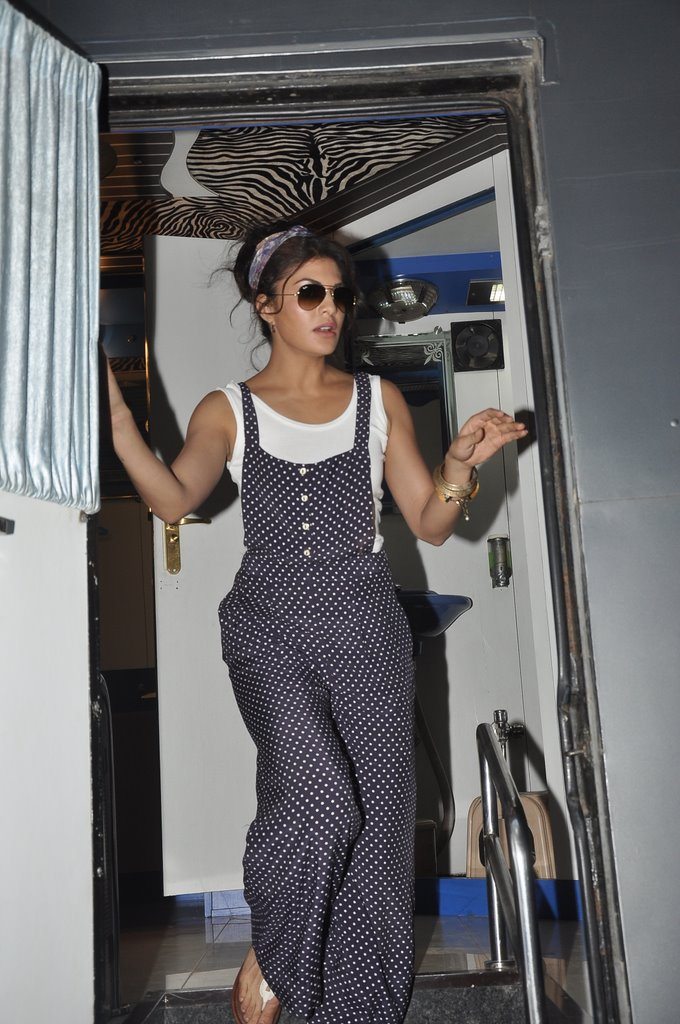 BollywoodGaram.com: Bollywood actress Jacqueline Fernandez was snapped exiting her vanity van after she finished her shoot in Mumbai on May 15, 2014. The Sri Lankan beauty was seen in a polka-dotted jumpsuit, which she accessorized with aviator sunglasses and messy hair.

Fernandez shot to fame with the movie ‘Housefull’, in which she did an item song ‘Dhanno’. The Bollywood actress was later seen in movies like ‘Race 2’, ‘Housefull 2’ and ‘Murder 2’. Jacqueline is currently shooting for the movies ‘Kick’ and ‘Roy’. Fernandez was also featured in an item number of Prabhu Deva’s ‘Ramaiya Vasta Vaiya’, which hit theaters in July 2013.

The shooting of ‘Kick’ began in 2013 and the actress is likely to work in the crime-thriller movie ‘According to Mathew’.