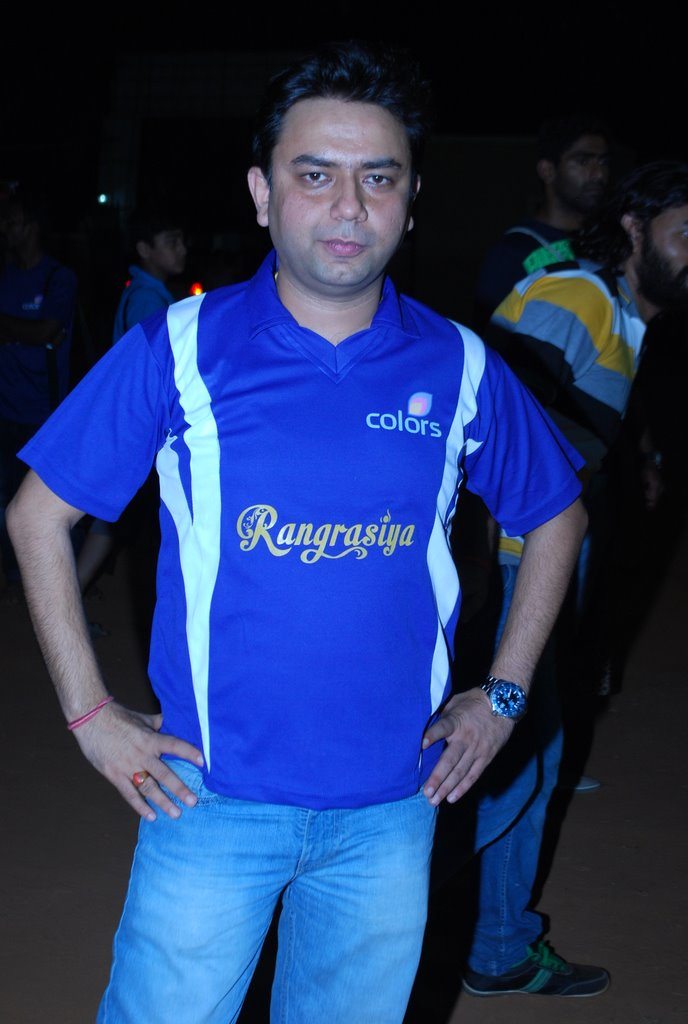 The star cast of the hit television shows ‘Rangrasiya’ and Beintehaa’ – currently airing on Colors TV – moved their rivalry onto the cricket ground. The TV actors of both the shows descended from the studios to celebrate the completion of a 100 episodes.  A friendly cricket match between the two teams took place on May 16, 2014 at the Goregaon Sports Club in Mumbai.

The team ‘Rangrasiya’ won the match by 100 runs, while the ‘Beintehaa’ team lost 10 wickets on 64 runs in 14.3 overs. The teams were happy as it was a friendly match to celebrate the occasion. The friendly competition was followed by a cake cutting ceremony for the  entire cast and crew.

Actor Ashish Sharma, who  captained  the winning team, later tweeted to the producer of the show that the win was a return gift for the completion of 100 episodes.