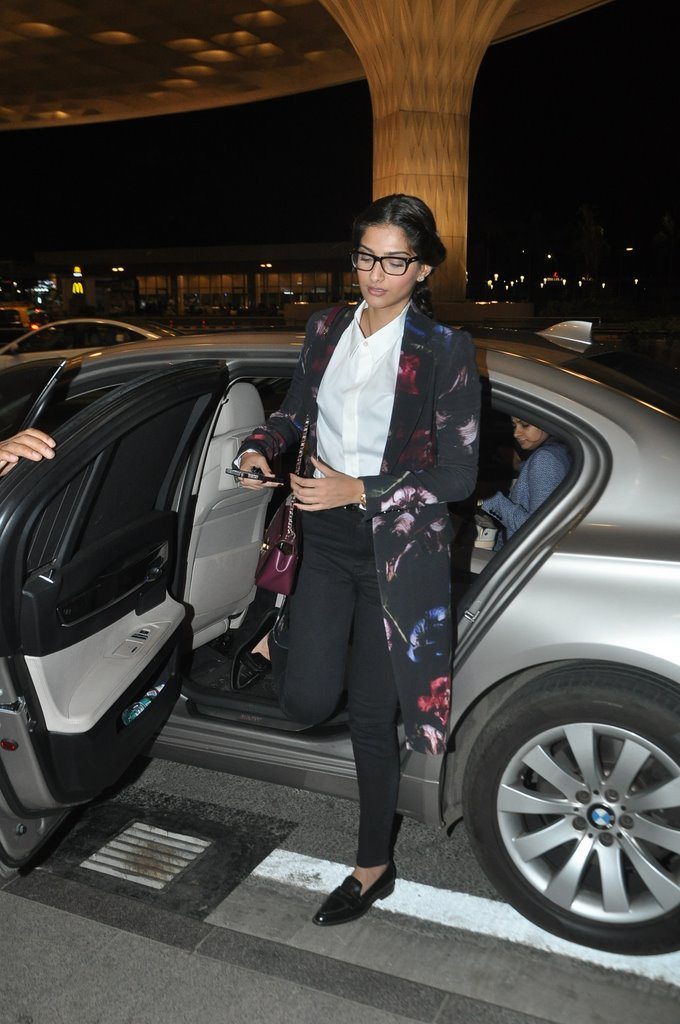 Bollywood actress Sonam Kapoor was snapped at the Mumbai Airport as she departed for the Cannes Film festival in France. The ‘Raanjhana’ actor is expected to walk the red carpet on the 18th and the 19th May, 2014.

Sonam in an earlier interview said that she was expected to walk the red carpet earlier but she could not make it due to her busy schedule. The actress is currently shooting for the movie ‘Dolly Ki Dolli’.

Sonam has managed to fish out some time from her busy schedule and said that it will be a welcome break from the long hours of shooting. All eyes are on Sonam this year on what she would be wearing for the red carpet walk.