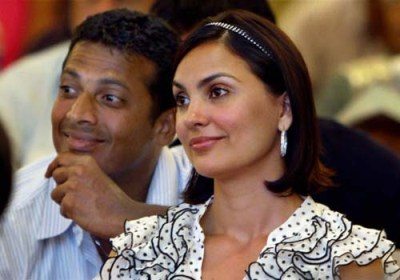 The ex Miss Universe Lara Dutta is all set to enter in wedlock with tennis champ Mahesh Bhupathi. If the sources are to be believed then the marriage date has been fixed to February 19, 2011.

The couple has been dating since almost one year now and is engaged too. The sources have reported that the wedding will take place in a five star hotel in Goa and soon the actress will move in Mahesh’s flat at Pali Hill.

The couple got officially engaged in September last year. Soon after her engagement Lara had tweeted, “He did it over a candlelit dinner and took me completely by surprise. I couldn’t believe that he had picked the stone and designed the ring all by himself.”

Lara previously dated Kelly Dorjee and had a very small fling with Dino Morea, whereas the tennis star is a divorcee. Lara’s film career did not shape the way it should have been. There are no upcoming movies of the actress and neither was she seen in any movie in the recent pass.