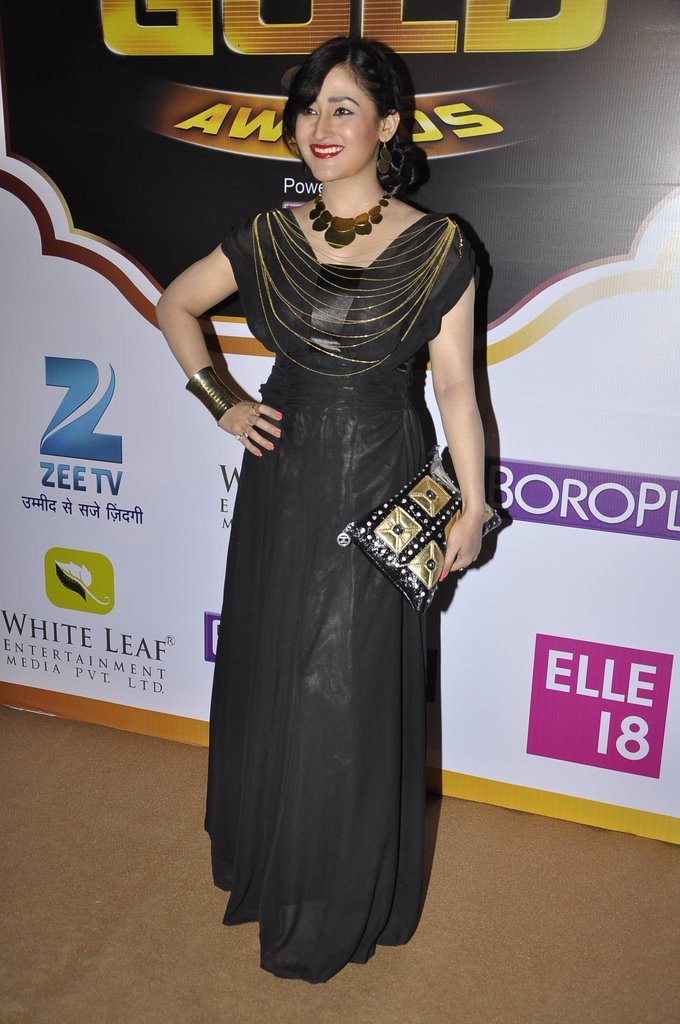 Television Stars descended onto the red carpet for  the 7th  Annual Zee Gold Awards held on May 17, 2014. The award ceremony which first begun in 2007, saw a star studded turn out this year,Indian television starlets such as Gauhar Khan, Mandira Bedi, Kamya Punjabi and actors Gautam Rode and Dayanand Shetty attended the sparkling event.

Dressed to impress, celebrities  like Mandira Bedi arrived in stunning ensembles. The audience was treated with some stellar performances by their favourite TV stars. Other celebrities who also graced the  the event included Sanjeeda Sheikh, Karan Patel, Divyanka Tripathi and Drashti Dhami.