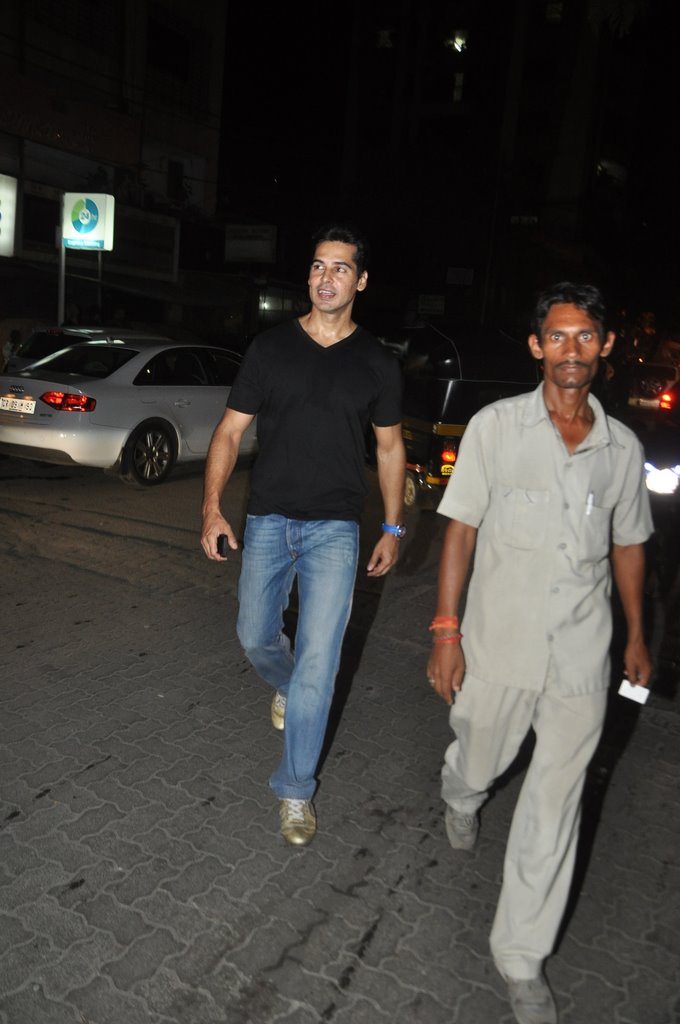 All the celebrities were apparently partying late into the night at the Pali Bhuvan in Bandra .The celebs were all spotted in  thier casual best. ‘Barfi’ actor Ranbir Kapoor who is currently working on his upcoming movie ‘Bombay Velvet’ was also caught by the shutter bugs. At present the movie is in the post production stage. The actor in recent times was seen in a cameo appearance in ‘Bhoothnath Returns’.