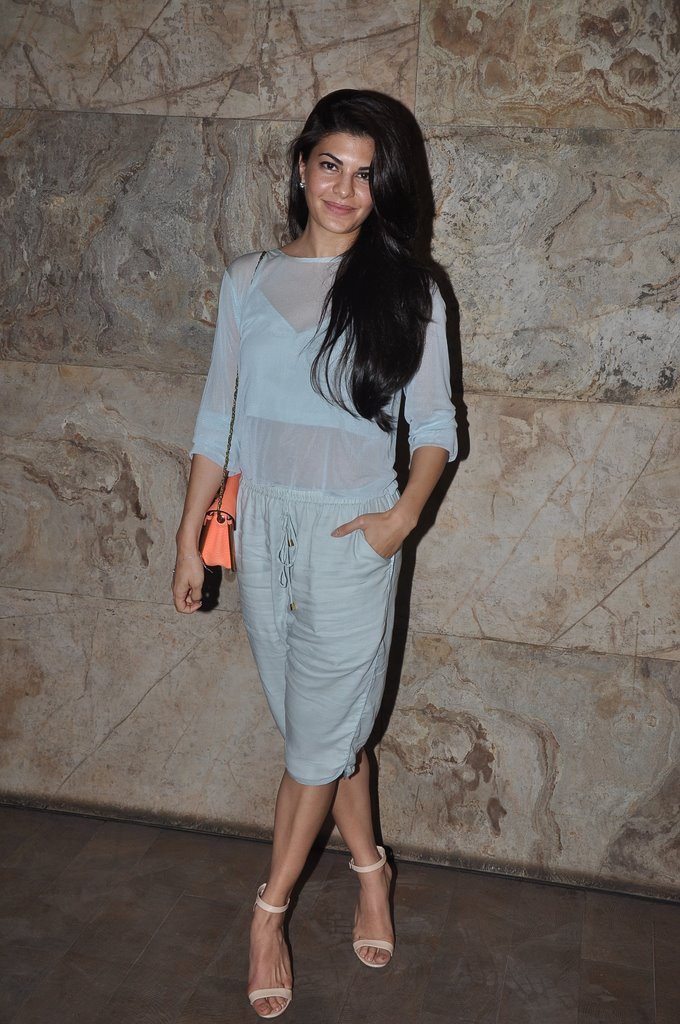 Bollywood filmmaker Abhishek Kapoor organized a special screening of the  upcoming Hollywood mega movie ‘X-Men: Days of Future Past’ at Lightbox in Mumbai on May 19, 2014. A small bunch of tinsel town’s celebs attended the screening, Sussanne Roshan, Jacqueline Fernandez, Saqib Saleem, Arjun Rampal with his wife Meher were spotted at the screening.

Jacqueline sported a no-makeup look in a baby blue outfit.

The latest  Hollywood flick has  Wolverine( played by Hugh Jackman) who is sent back into the past so that  he can alter the events that led to the war between humans and mutants. The special screening was also attended by actors Dino Morea, Prateik Babbar and others. Sussanne at the event looked happy and chilled out in a trendy casual outfit.