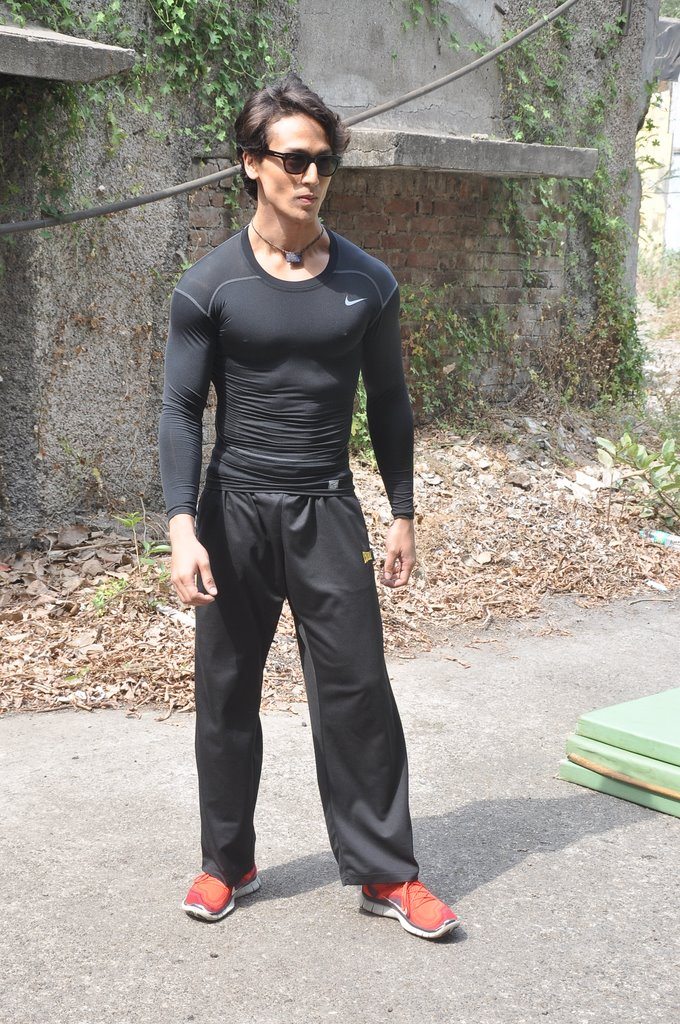 Bollywood newbie Tiger Shroff was seen performing live action Parkour stunts in a bid to promote his debut film ‘Heropanti’. The live action stunts were performed by the actor at Andheri in Mumbai on May 19, 2014 .

Dressed in a black tracksuit, the lean bodied ‘Heropanti’ star performed an intricate Parkour sequence and showed off his stretching skills. The songs of the film have already gained popularity amongst audiences and now with this  latest  promotion gimmick, the film is sure to soar.  Tiger- also known as Hemant Shroff – is the son of the veteran actor Jackie Shroff and has wowed everyone with his boyish charm and good looks.

The actor will be seen opposite debutant Kriti Sanon. The movie also has Sandeepa Dhar and Vikram Singh in supporting roles.