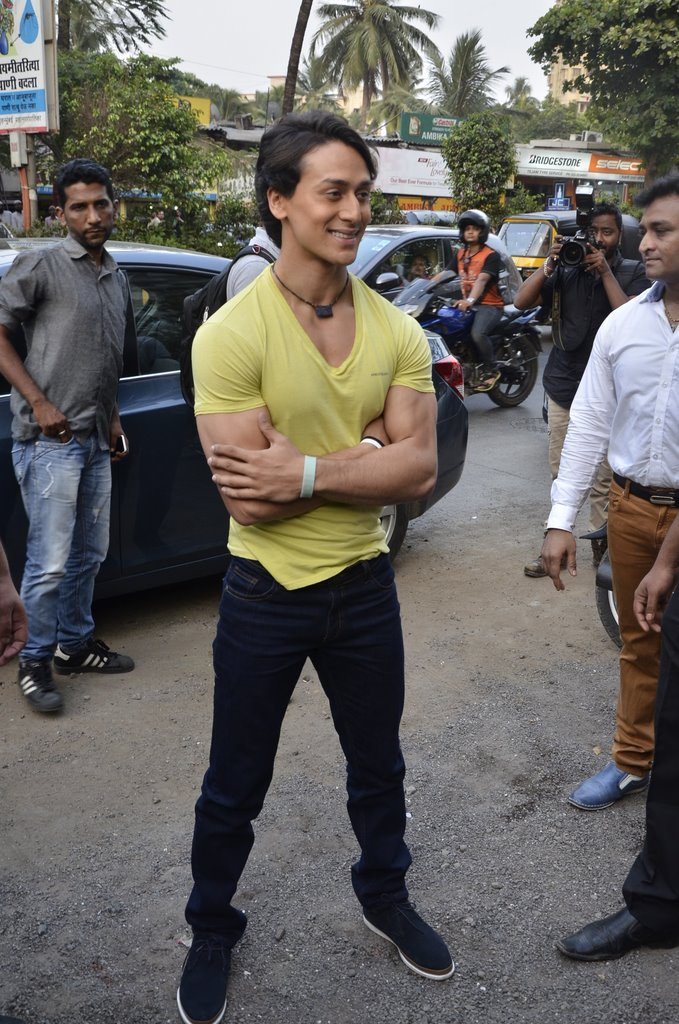 Bollywood’s Newbie actors Tiger Shroff and Kriti Sanon  were spotted promoting their  new movie ‘Heropanti’ at Mad Over Donuts in Mumbai on May 19, 2014. The makers of the movie are busy promoting   the movie which is all set to hit the theatres on May 23, 2014.

Shroff  interacted with the media and spoke about ‘Heropanti’ which  which is directed by Sabbir Khan and is a Hindi remake of the Telugu movie ‘Parugu’. He said that it is overwhelming to get so much of attention all of a sudden and that his life has changed for good and  he is thankful for it. The actor added that he received a better response than he expected.