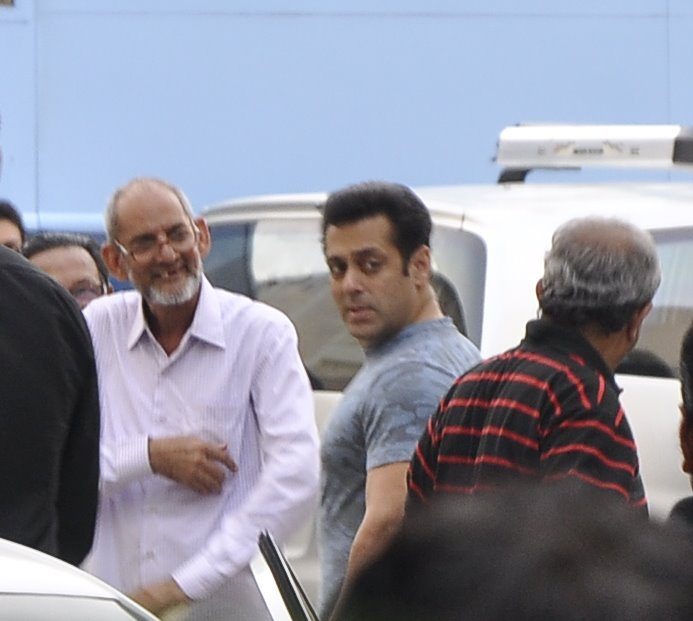 Bollywood Star Salman Khan was snapped outside Mehboob Studios in Bandra, Mumbai on May 20,2014.

The Bollywood Khan has just returned from his hectic shoot for Sajid Nadiadwala’s upcoming film ‘Kick’, which also features Jacqueline Fernandez. Salman and the entire cast and crew of ‘Kick’ shot for 40 days non-stop in Warsaw, Poland. The film is slated for release during the festival of Eid this year.

The ‘Jai Ho’ star will be shooting for Sooraj Barjatya’s next- ‘Prem Ratan Dhan Payo’ in months to come.

Sadly, this Bollywood bad boy has been running into trouble with the law in past few days, the hearings for the 2001 hit-and-run case against him are currently underway.