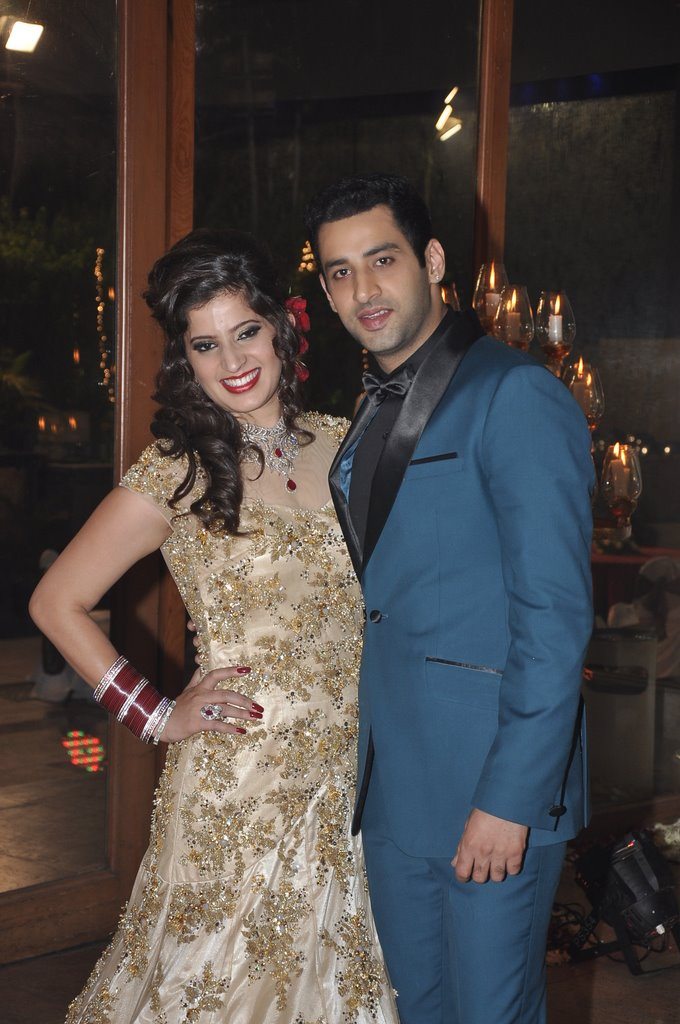 TV actor Kanan Malhotra got married to his fiancé Akanksha on May 1, 2014. Malhotra is a popular face on TV , he played the character of Daljeet opposite to Ekta Kaul in the popular show ‘Rab Se Sona Ishq’ which airs on ZEE TV.

Actor Kanan was said to have earlier been dating his co-star Ekta on the show, rumours were that the two were almost engaged. The pair however split up and now  the actor has moved on. His wedding to Aakanksha  was in true Bollywood style. The wedding ceremony took place at Hotel Radison Blue in Ghaziabad. Several known TV stars were spotted at the wedding ceremony.

The wedding was a great fanfare with plenty of music and dance all over making it the quintessential big fat Indian wedding. The couple looked glowing at their wedding. Kanan is a Delhi based model and a TV Actor who made his debut on TV with the series ‘Chhand Chhupa Badal Mein’ on Star Plus. The actor later appeared on the show ‘Sawaare Sabke Sapne – Preeto’ in which he was seen playing a supporting role.

The series ‘Rab Se Sona Ishq’ had concluded in June 2013.