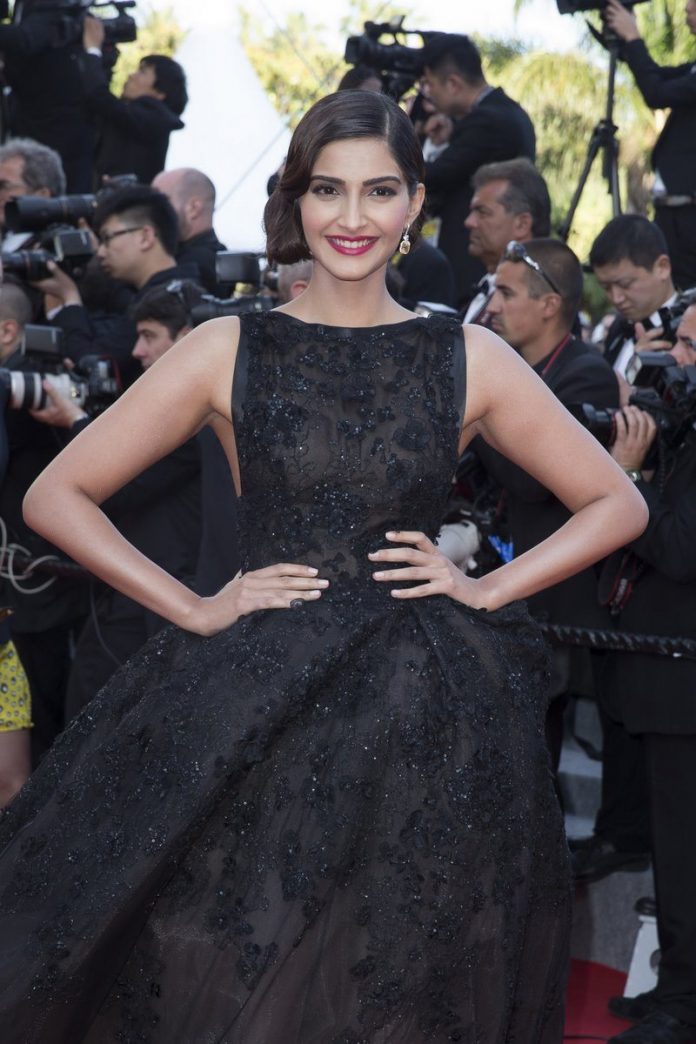 The shutter bugs at the 67th International Cannes Film Festival clicked away as Bollywood’s  Aishwarya Rai Bachchan and Sonam Kapoor sauntered down the red carpet.

The two Indian beauties had heads turning as they showed off their superlative sense of style at the Cannes Film Festival this year. The two L’Oreal  divas oozed oomph and  beauty, each dressed to kill.

However, Aishwarya stole the show as she showed off her glam avatar in both her Roberto Cavalli ensembles. The golden fish tail gown got rave reviews from the fashion world. The ‘Guzaarish’ actress stunned all her critics back home as she showed off her super chic figure, all that flak about  the actress never losing post-pregnancy weight went whirling away as she swept  the red carpet with style.

Sonam Kapoor too kept up to her Fashionista label and wowed onlookers in her  black Ellie Saab couture.  She sure did manage to sprinkle a little Indian exotic glitter onto the red carpet as she showed up dressed in a baby pink Anamika Khanna sari.

Ash during her stay at Cannes was seen in a Cavalli printed jacket with white denims. Kapoor was another stunner at the 2014 Cannes Festival as she sported an elegant Elie Saab couture gown for the premiere of ‘Homesman’. Her look with the gown was completed with an elegant hairdo and Chopard earrings.