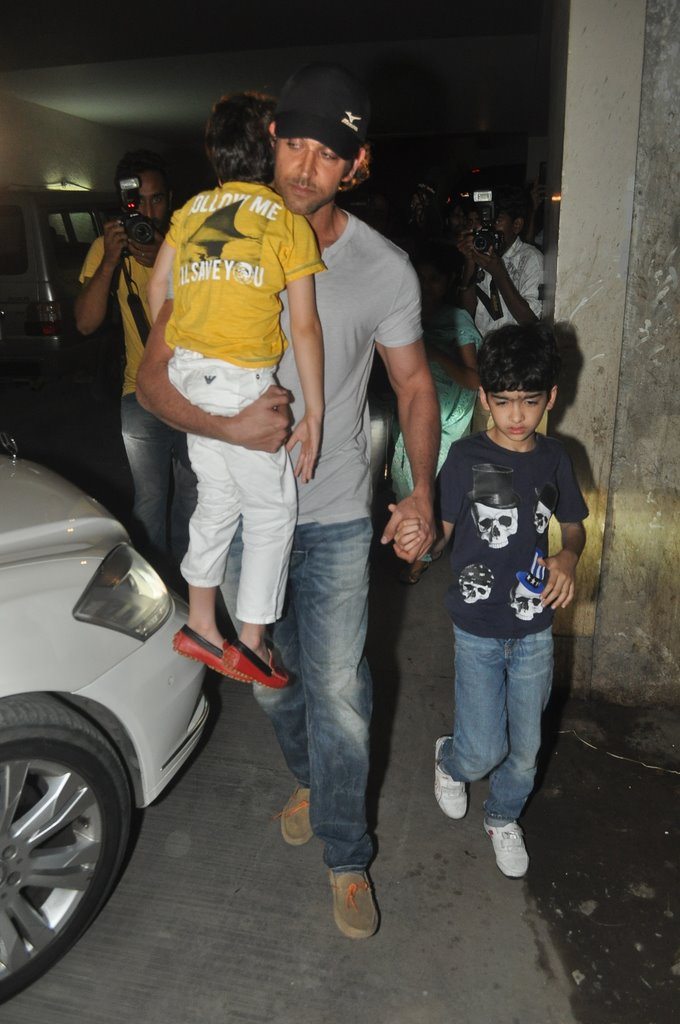 Bollywood Superstar Hrithik Roshan was spotted taking on the superdad role as he accompanied his sons Hrehaan and Hridhaan for the screening of ‘X-Men: Days Of Future Past’.

Hrithik was seen carrying his younger son, while his older son tagged along his star dad.

The ‘Agneepath’ actor and wife Sussanne headed for splits-villa in December 2013. The star couple filed for a divorce in April 2014, but have agreed to share an amicable relationship for the sake of their children.