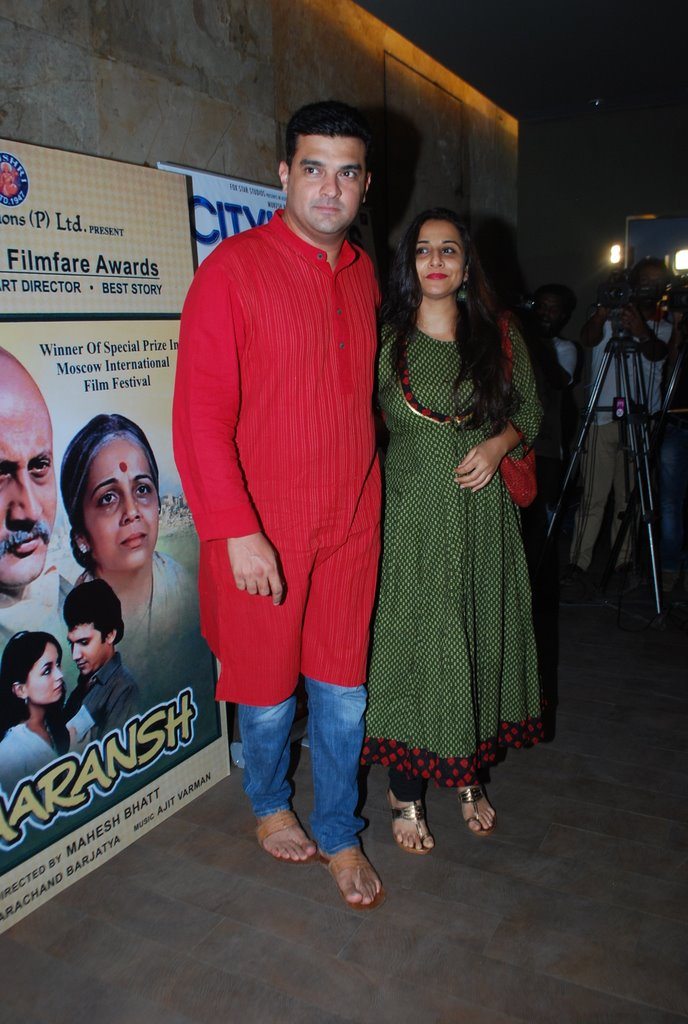 Bollywood’s actress Vidya Balan was spotted at the screening of upcoming movie ‘Citylights’ at Lightbox theatre, Mumbai on May 25.

The ‘Kahaani’ actress was arm in arm with her husband Siddhart Roy Kapur at the screening, dispelling all rumours of their marriage being in troubled waters. Hubby and UTV head honcho was reportedly getting close to a new actress while Vidya was away shooting, the actress’s opting out of the annual IIFA celebrations was also seen an a sign of some trouble in their paradise.

However the couple has cleared all such air and have been making frequent public appearances off late.

‘Citylights’  directed by Hansal Mehta has upcoming talent Rajkumar Rao playing the lead role and  is set for release on May 30.