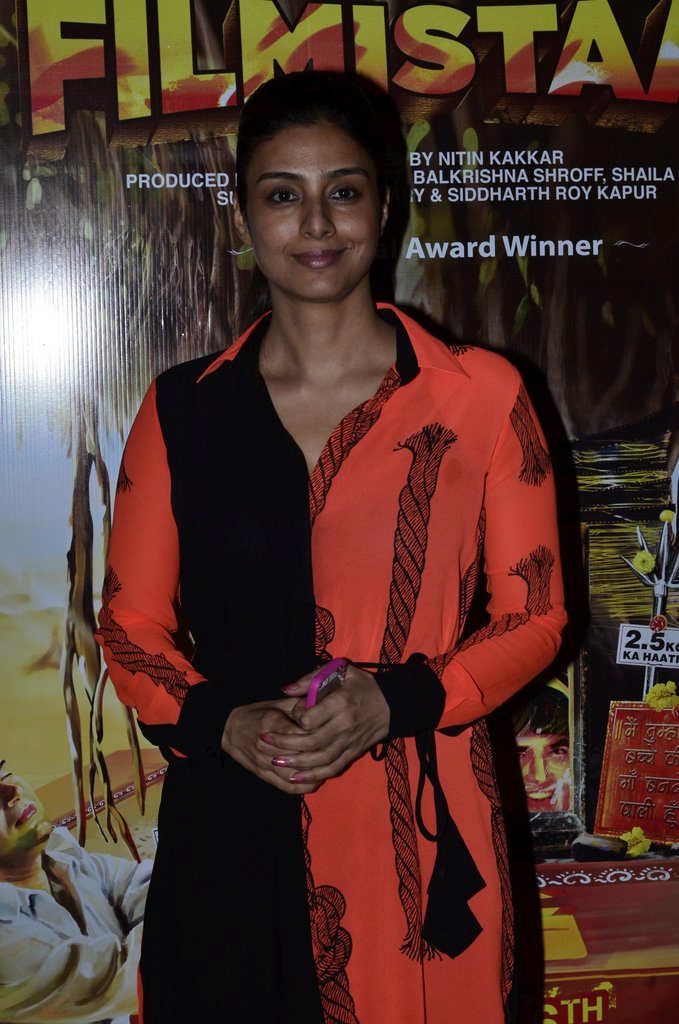 Filmistaan screening in Mumbai saw actresses Vidya Balan and Tabu descending from the studios to the screens.

Two of Bollywood’s most talented actresses – Vidya Balan and Tabu were seen attending the screening of ‘Filmistaan’ at Lightbox in Mumbai on May 26.

Vidya Balan was seen attending with her husband Siddhart Roy Kapur, putting to rest all rumours about trouble in the couple’s paradise that have been doing the rounds lately.

Well here’s hoping that the Filmstaan is warmly welcomed by audiences across the country.