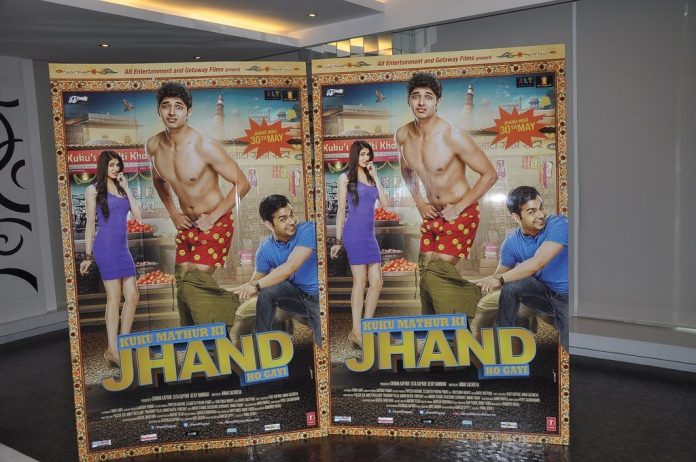 Bollywood Movie ‘Kuku Mathur Ki Jhand Ho Gayi’ had a special screening prior to the eve of its release. The screening was held at Sunny Super Sound, Mumbai on May 27.

The upcoming movie is being touted as a quintessential Bollywood comedy, romance and drama flick.

Directed by Aman Sachdev the lead star cast of the movie has newcomers like Siddhart Gupta, Simran Kaur Mundi and Ashish Juneja. The film is a joint production venture by Ekta Kapoor and Bejoy Nambiar.

The movie is associated with the tele world queen – Ekta Kapoor and so it was but obvious that many popular television stars were spotted at the screening of Kuku Mathur Ki Jhand Ho Gayi.

The film had raked in a bit of controversy before its release owing to the PIL filed against Balaji Motion Pictures by NL Mathur , a resident of Bhopal. The PIL claimed that the sentiments of the  Mathurs from the Kayastha community will be hurt by the use of the derogatory word ‘jahnd’. However the CEO of Balaji Motion pictures Tanuj Garg has been indifferent to the issue .

Well, controversy or not, audiences hope that the film lives up to its comical name. The film is set to hit theatres tomorrow, May 30.