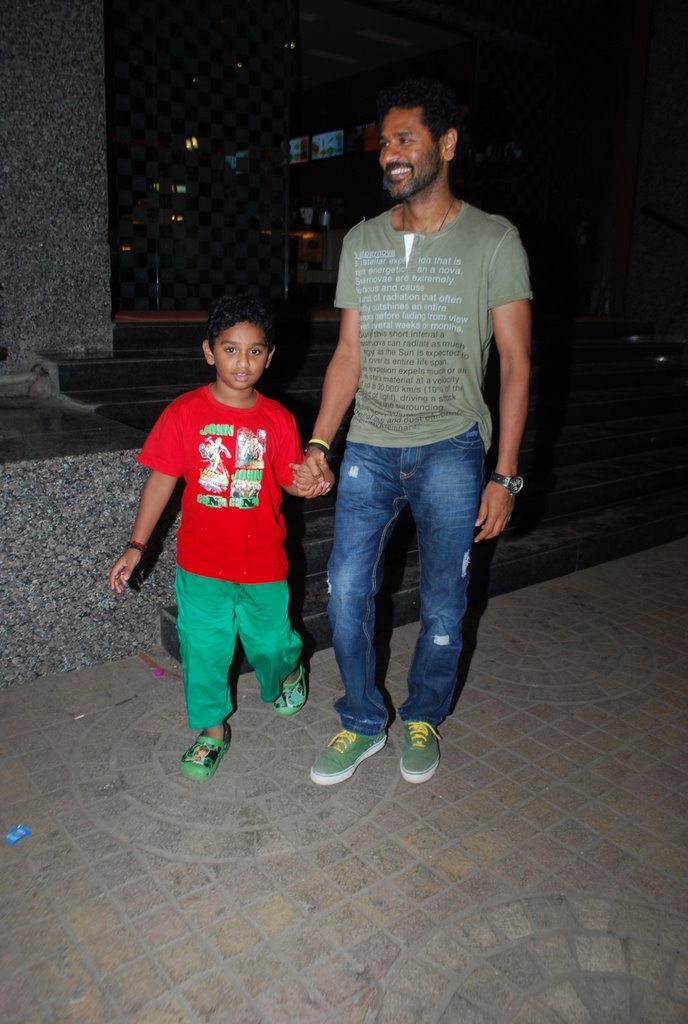 Dance genius Prabhu Deva was seen with his little son at PVR cinemas in Mumbai.

Choreographer turned filmmaker Prabhu Deva was snapped with his son at PVR Cinemas on May 29, 2014. The multi talented celebrity was dressed in casuals while his son too was seen dressed in a cool outfit.

Prabhu Deva is popular for his unique dance form and has worked mainly in Tamil, Telugu, Malayalam and Kannada movies. Famously referred to as Tamil’s Micheal Jackson, the dance guru manages to wow his audiences each time he takes the stage.

During the initial stages, the actor has delivered some successful attempts in acting in the movies like ‘Kadhalan’ and ‘Love Birds’.