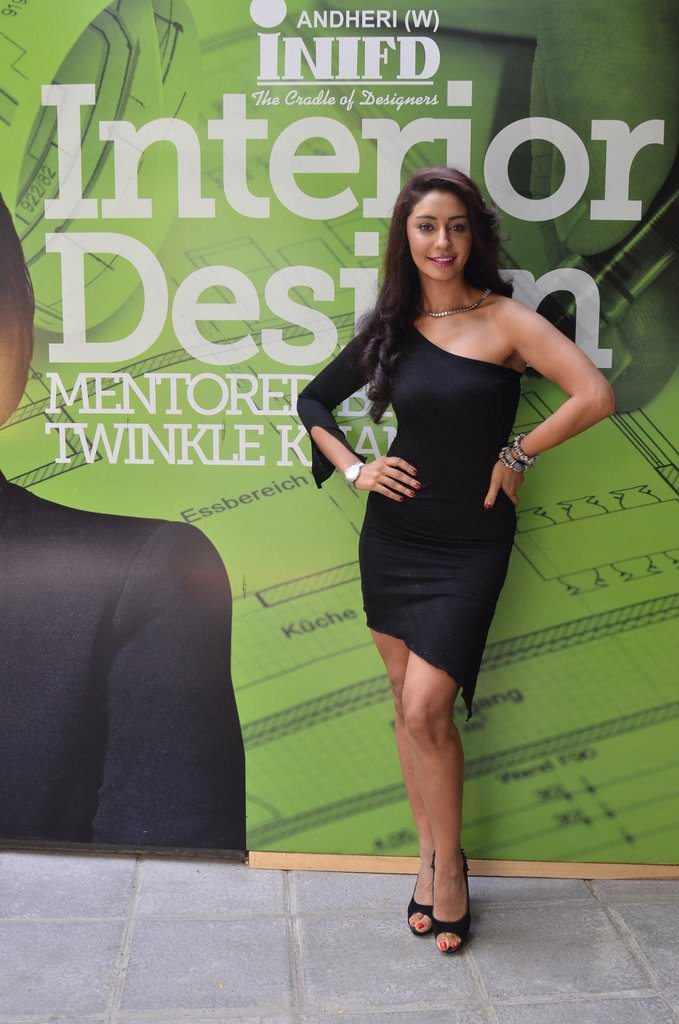 Mahek Chahal – Norwegian model of Indian origin – who shot to fame in Bollywood after her item number in the film ‘Chameli’, attended the launch of the INIFD Academy of Interiors at Andheri in Mumbai on May 29, 2014.

The ‘Nayi Padosan’ actress looked  ravishing in a black dress.

The actress has also played supporting roles in the Bollywood movies like ‘Main Aurr Mrs Khanna’ and ‘Wanted’. Mahek also did an item number in the movie ‘Yamala Pagla Deewana’.

Speaking to the media, Mahek emphasised on the importance of encouraging India’s youth be it any choice of career. “In India very often fashion designing and interior designing are often looked upon as soft careers, but that should not be the case, this line of career should be taken seriously”, said Mahek.

Well here’s wishing the young starlet great success for all her future endeavours.