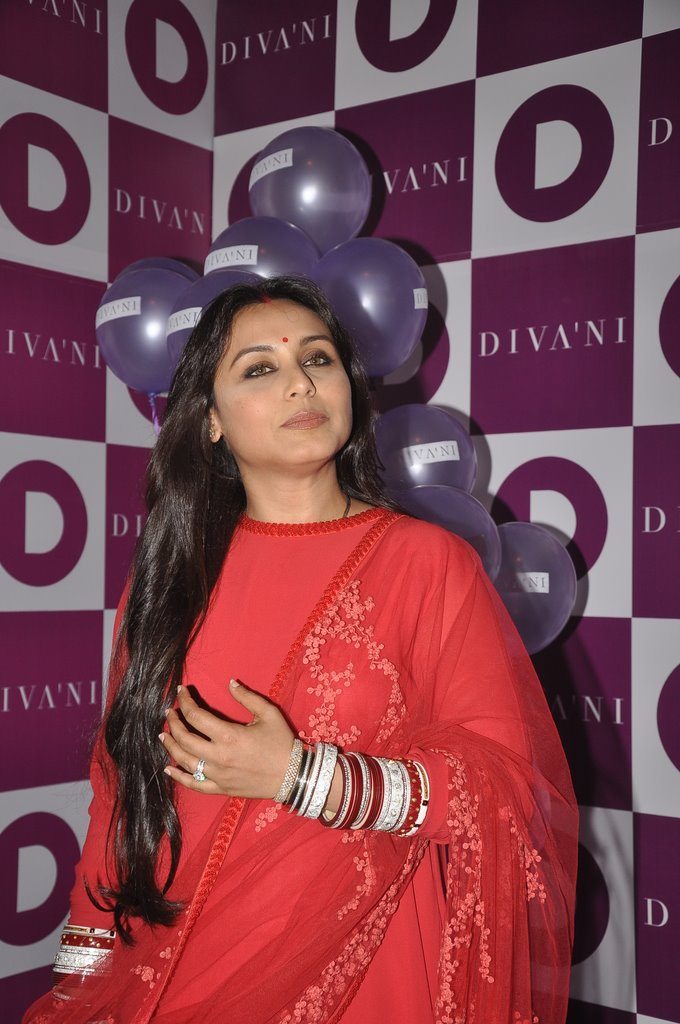 Bollywood stars such as Rani Mukerji, Alia Bhatt and Parineeti Chopra were seen attending the Divani store launch in Mumbai.

The flagship store of the Yashraj fashion label ‘Divani’ saw a host of stars gracing the launch.

Bollywood actress Rani Mukherji’s appearance was the most anticipated, as it was her first media interaction post her hushed wedding. Rani got married to Bollywood big wig Aditya Chopra after a long stretched romance that lasted for over ten years.

Though the couple never openly admitted to their relationship, everyone knew about the not so secrect rendezvous! The couple’s wedding news came as a sudden shock to fans as there was no prior fan-fare or announcements.

Dressed in a quintessential bridal attire, the ‘Aiyyaa’ star thanked her fans for all their love and support. “it is only through my fans that I have become a star.” said Mukherji.

Actress Parineeti Chopra also spoke to the media and showed her unconditional love and support for the Yashraj banner. The ‘Shudhh Desi Romance’ star was dressed to kill in a black and golden outfit coupled with a smoky eyes look.

Here’s a look at all the filmy personalities who attended the store launch.