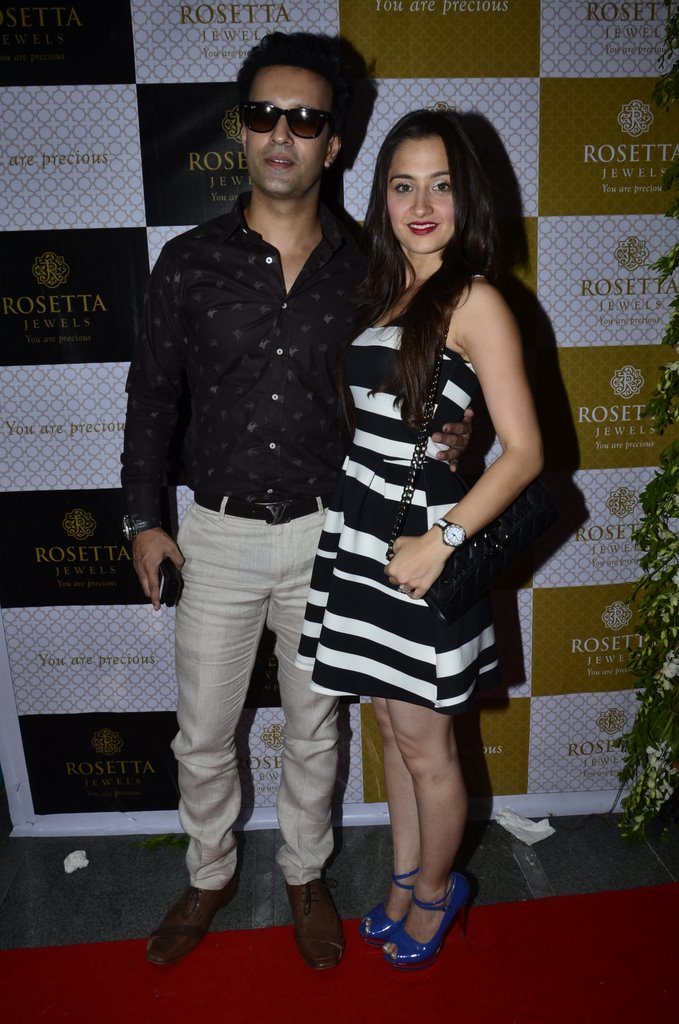 The actors appeared at the event to promote the extravagant jewellery brand store in Mumbai on May 30, 2014.

TV star Sanjeeda Sheikh appeared chic in a black and white striped dress and like any girl at a jewellery store , Sanjeeda too tried on some of the exquisite pieces of jewels. Needless to say the lissome beauty looked stunning in them.

TV’s most sought after hunk – Gurmeet Choudhary looked cool in a casual denim attire with a light blue faded open shirt and a white vest. The actor paired his look with a pair of yellow shoes which added a unique factor to his overall look. Gurmeet was recently seen fighting off his fear in the latest season of – Khatron Ke Khiladi- the Indian version of Fear Factor – on TV channel Colors. The actor’s brave and daring performance during the assigned stunts has definitely got the ladies going gaga over him!