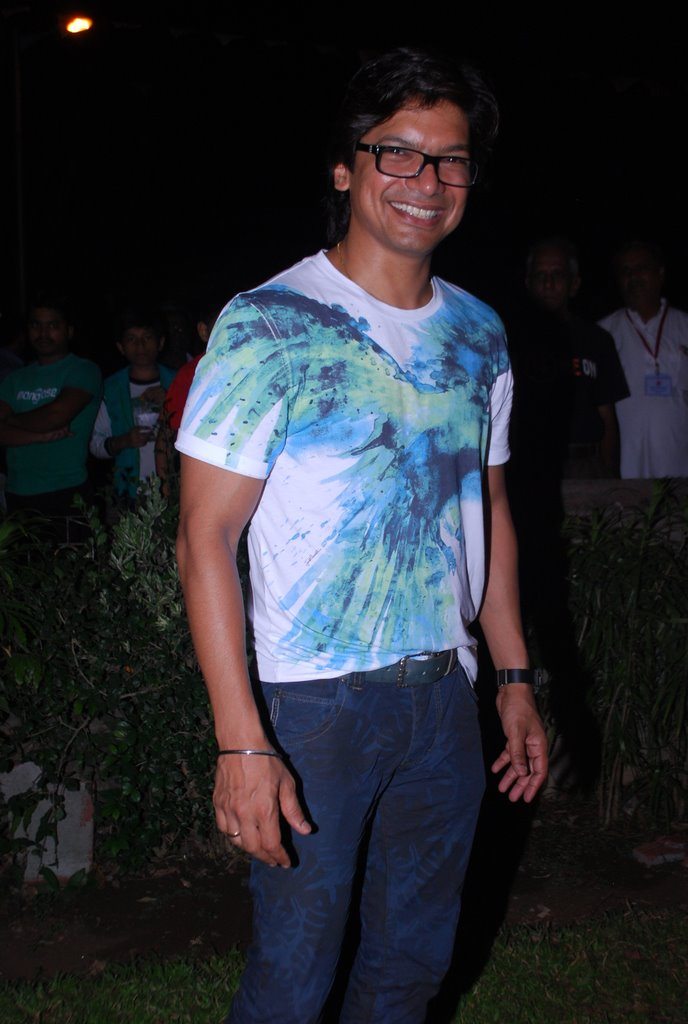 Bollywood playback singer Shaan attended the Brahmakumari event held in Mumbai on May 30, 2014. An anti-tobacco programme was raised to spread awareness among the people.

The singer appeared in casuals at the social awareness event.

Shaan’s singing genius cuts across multiple Indian languages – Hindi, Bengali, Urdu and Kannada  are a few of the languages he sings in. He has hosted many television singing reality shows like ‘Sa Re Ga Ma Pa’, ‘Sa Re Ga Ma Pa Lil Champs’, ‘Star Void Of India’ and ‘Star Voice Of India 2’.

Shaan, who is also known as Shantonu Mukharji – has also sung for many Pakistani songs and is considered as one of the most popular voices for romantic and melodious songs in the industry.

Well, lets hope the singer’s initiative helps in furthering the social cause.