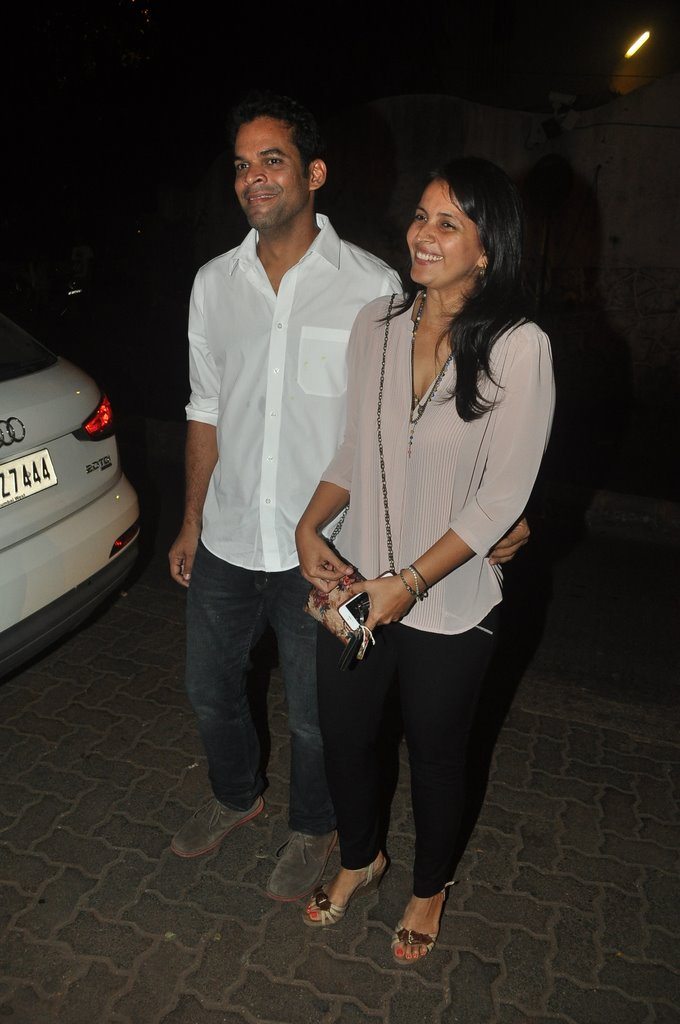 Sonakshi Sinha celebrates her 27th birthday with friends and colleagues in Mumbai.

The ‘Dabangg’ lady of Bollywood, Sonakshi Sinha celebrated her 27th birthday in demure style. The actress was seen with her co-stars Siddharth Malhotra and Arjun Kapoor at Olive in Bandra on June 1, 2014.

The voluptuous beauty did not have any special plans for her birthday and was in fact supposed to be working on the special day. But lucky for her, the shoot schedule got cancelled and she treated herself with a birthday celebration.

The ‘Lootera’ actress has twin brothers whose birthday falls  just days after her’s – on June 5 – looks like its a celebration month for the Sinha family.

The actress who once wanted to become a fashion designer got wooed by the Bollywood bug thanks to superstar and ‘Dabangg’ co-star – Salman Khan. He was the one who convinced her to join Bollywood. After garnering some initial flak about her weight and style, the actress has now turned into a fashionista.

Fans are eagerly waiting for her film – ‘Holiday : A soldier is never off duty’, in which she will be playing the role of a female boxer. A role completely antithetical to her earlier films which have mostly been hero oriented films.

The film hits cinemas this week.

Here’ s a look at the Sonakshi’s birthday celebration.