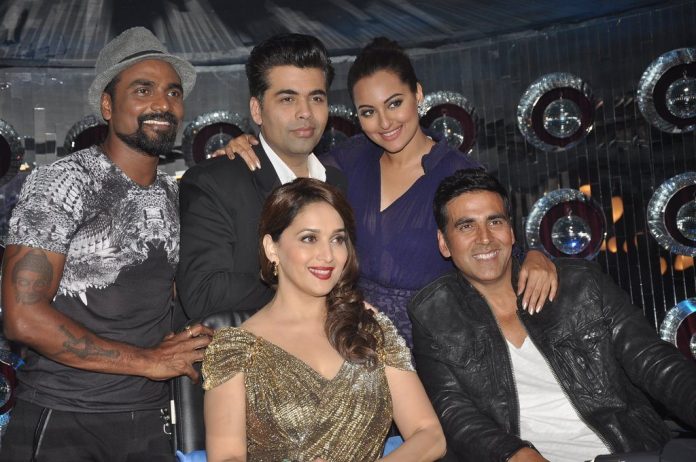 The movie is at the eve of its release date.

The show also had comedian Sudesh Lehri who added spice to the show with his comedy punches. The judges of the show Madhuri Dixit, Karan Johar and Remo D’souza also posed with the stars of the movie.

Superstar Akshay Kumar seemed to be in a jovial mood as he took the stage a couple of times. Sonakhi looked ravishing in a navy blue outfit.

Movie promotions tactics have been taken to a whole new level in the recent past, from actors performing stunts, to making special appearances on Tv show episodes, its all turning into one big convergence model.

Here’s hoping that ‘Holiday’ has a blockbuster run at the movies!