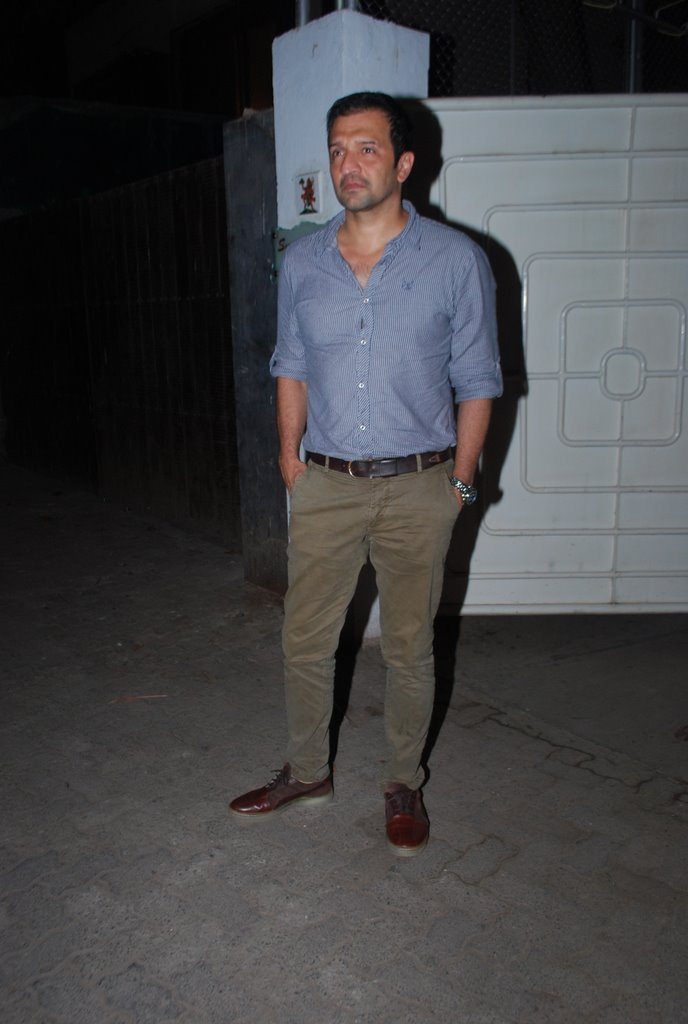 Bollywood’s Akshay Kumar was spotted along with other filmy personalities at the screening of his film Holiday.

Bollywood star Akshay Kumar was at the special screening of his movie ‘Holiday’ along with friends and family. The movie has already hit theatres on June 6, 2014 and has been receiving rave reviews. The screening was attended by the likes of photographer Atul Kasbekar and ad man Prahlaad Kakkar.

Akshay’s family was also by his side, he arrived with wife Twinkle and son Aarav.

The movie is a Hindi remake of the Tamil movie ‘Thuppakki’ and is directed by the critically acclaimed A. R. Mururgadoss. ‘Holiday’ also stars Sonakshi Sinha and Govinda.

Akshay has taken on the role of an Army officer in the film for which he has sported a crew-cut hairstyle.

Leading lady Sonakshi on the other hand, will be playing the role of a female boxer. Unusual roles for both the actors indeed.