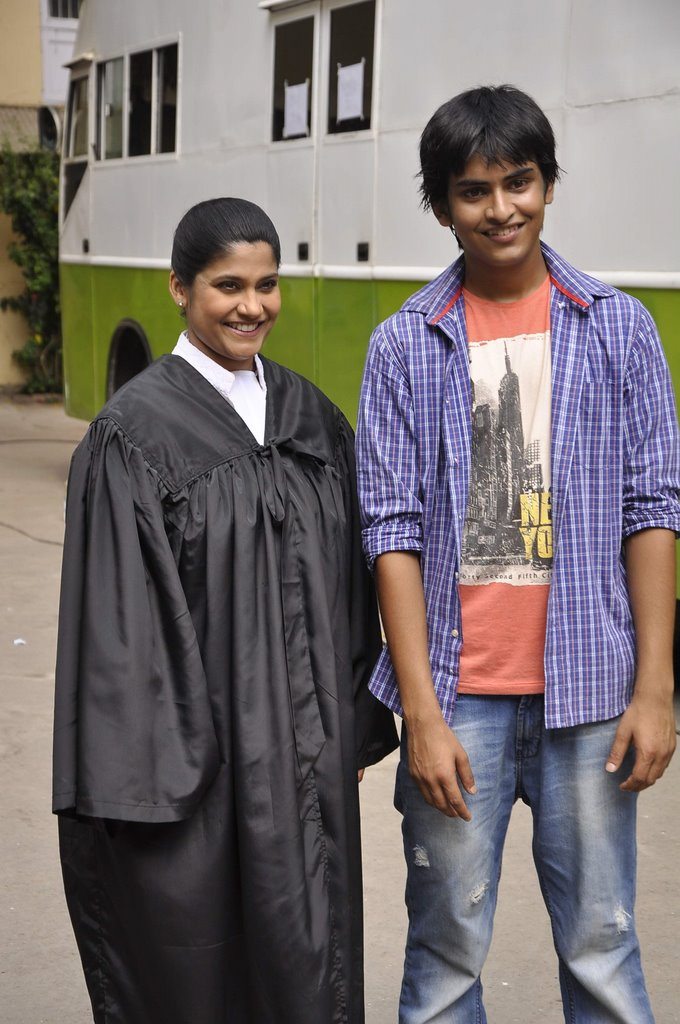 Indian actresses Renuka Shanane, Kiran Karmarkar and Indira Krishnan were snapped on the sets of upcoming Marathi movie ‘Janiva’ at Marine Drive in Mumbai on June 8, 2014.

Renuka shot to fame on TV with the popular show ‘Surabhi’ which she earlier hosted with Siddharth Kak. The actress has appeared in many TV Series like ‘Curcus’, ‘Ghutan’, ‘Sailaab’ and ‘Junoon’ and also Bollywood movies like ‘Hum Aapke Hain Kaun’.

Renuka was also one of the participants on the reality dance show ‘Jhalak Dikhhla Jaa’. Shahane had started her career with a Marathi movie  called ‘Hach Sunbaicha Bhau’.

The movie is produced under the banner of Blue Eye productions and Arvana Productions.

‘JANIVA’ revolves around the story of a teenager – Sameer Deshpande – played by Satya Manjrekar (son of veteran actor Mahesh Manjrekar) who is progressive-thinking, creative, tech-savvy, yet socially responsible and also believes in values like honesty, integrity and uprightness.