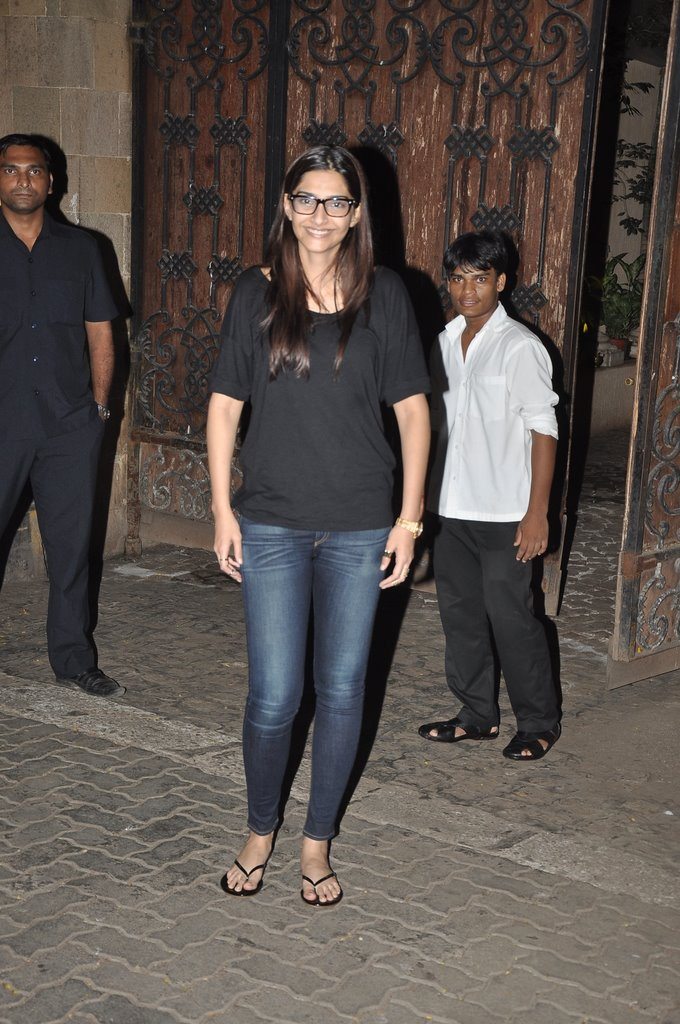 Bollywood actress Sonam Kapoor celebrated her 29th birthday on June 9, 2014. The – actress who is known for her impeccable sense of style – ushered in the special day with friends and family.

The ‘Mausam’ actress celebrated her birthday at a night club in Mumbai city. Reports said that the actress was not so keen on celebrating her birthday with great fanfare as someone from her extended family had passed away. Sonam’s birthday bash was attended by a few of her friends and people from the industry.

The highlight of the celebration was the birthday cake which was as fashionable as Sonam herself. A pink and white confectionary masterpiece shaped as a mannequin in a gown!

The actress was last seen in the movie ‘Bewakoofiyaan’ opposite Ayushman Khurana which didn’t do to well at the box office.

Actresses Karisma Kapoor and Jacqueline Fernandez were sapped entering the party venue. More reports said that some of her close friends Asin and Kareena Kapoor could not attend the bash.