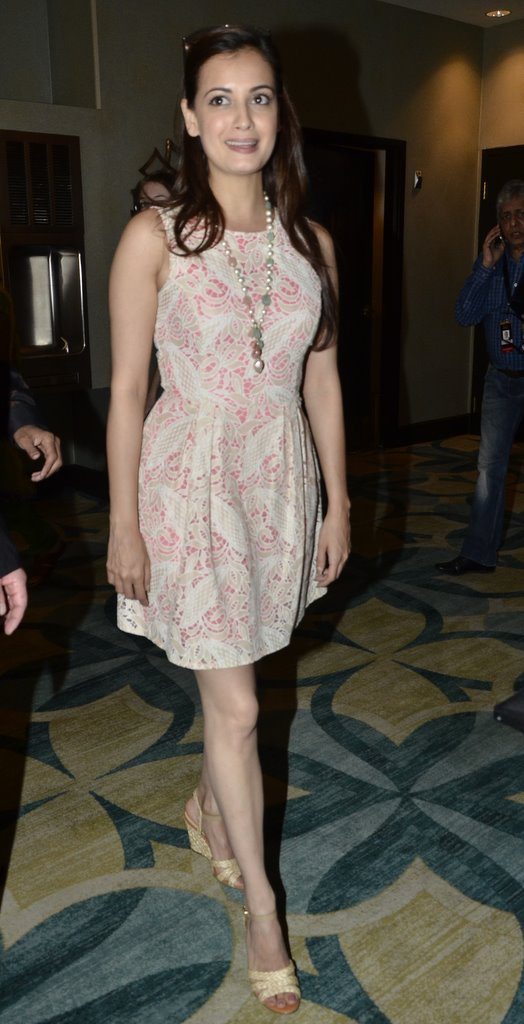 Actress Dia Mirza and Sahil Sangha all set to take the plunge this year.

Bollywood actor Dia Mirza  is all set to marry her business tycoon beau -Sahil Sangha – in October 2014. The actress was elated after fiancé Sahil proposed to her in complete Bollywood style at the Brooklyn Bridge in the United States, earlier this year in April.

Reports say that the couple will get married post the release of their joint production ‘Bobby Jasoos’ this July. Dia and Sahil have been together for the past five years and marriage was always on the couple’s cards.

This is how the actress narrated her fairytale-like proposal – “Right in the middle of the Brooklyn Bridge, he got off, went down on his knees and proposed to me. It was amazing and a scene right out of a movie. There were unknown tourists from China and other countries, who, seeing this, started spontaneously clapping. It was quite surreal. I was laughing and crying, but it was well worth the wait.”

Dia and Sahil were supposed to get married in 2013, but due to some family emergencies the ceremony was postponed.

Dia and Sahil along with actor Zayed Khan own a production house – Born Free Entertainment. The production house released its first movie ‘Love Breakups Zindagi’ on October 7, 2011. At the beginning of her career, Dia started working with a marketing firm while she was still in college and also modelled for print and TV Commercials.

Well, fans are sure looking forward to the couple’s grand wedding ceremony!